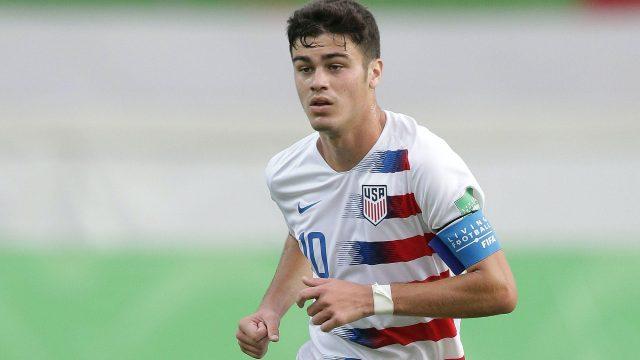 Giovanni Reyna, along with 14 other Borussia Dortmund stars, have received call-ups from their International sides for the upcoming international break.

Reyna, who is a citizen of the United States of America, has received his first-ever call-up to the country’s senior squad. At the age of 17, this is an incredible achievement. However, given his success at Dortmund, the call-up isn’t really a surprise.

Reyna will turn 18 on the 13th of November when he is alongside his new teammates at the American squad.

There was speculation earlier that Reyna would choose to play for the Portuguese/English National side, however, he cleared this up in March 2020. He said, “I’m aware of the rumours, but it’s quite clear for me. I only want to play for the United States. That’s my home country.”

Reyna has been on fire this season, with 5 assists and 2 goals in his 12 appearances across all competitions. With figures like this, it’s fair to say that he deserved a call-up to the senior side.

Apart from Reyna, the following Dortmund players have been called up to represent their countries.

Dortmund’s next game is against Hertha Berlin on Saturday, 21/11/20, at the Olympiastadion Berlin.