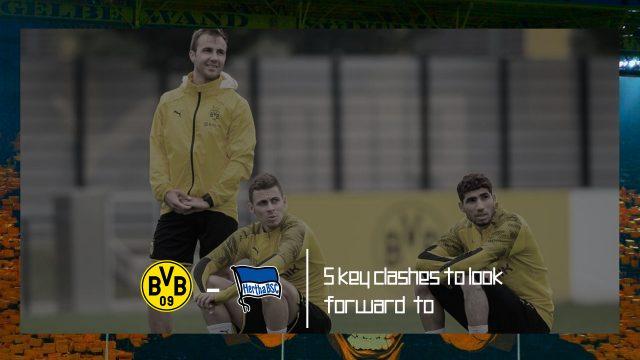 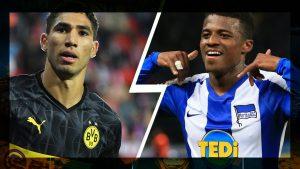 Achraf Hakimi had a fine game against Paderborn, redeeming himself after his dismal performance in the Revierderby. He was defensively solid and added immense attacking threat with a sublime finish added to his name. When Dortmund take on Paderborn, Hakimi will take on Dilrosun on the wing. He is a quick left-winger who tends to threaten defenders with his pace, so it will be interesting to see how the two “roadrunners” combat with each other. Hakimi will have to be wary of Dilrosun’s tendencies to run in behind the defence.

Emre Can vs Krzysztof Piatek 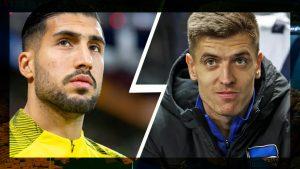 With Mats Hummels suspended, Emre Can is likely to step in as the central defender for Borussia Dortmund. Can started for the first time since the resumption of the league against Paderborn, and his energy was refreshing to witness. Can will have to maintain his levels of energy as he will come up against Krzysztof Piatek who has been in fine form. The Polish striker has scored in both of his recent substitute appearances for the club, so in the last 44 minutes he has played in, he has scored twice. 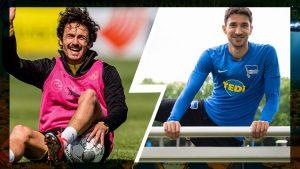 Thomas Delaney has been Borussia Dortmund’s most consistent player since the resumption of the league. His toughness, both mentally and physically, has carried the Dortmund time in different phases of the game. Hertha’s pivotal midfielder is Marko Grujic, who is the main transitionary player from defence to attack and vice versa. He has a great range of passing and is impressive on the ball. Delaney’s ruggedness will be necessary to roughen Grujic off the ball, so he doesn’t have the time to settle on the ball. 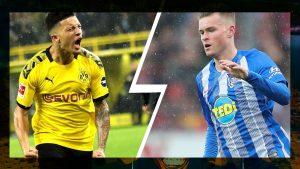 Jadon Sancho announced his return to the starting line-up with a fine hat-trick against Paderborn. He was Dortmund’s best player on the day, with exquisite finishing and sublime control over the ball. Maximilian Mittelstadt will be in for one of his tougher games this season, as he will have to deal with Sancho’s trickery and pace. In the previous encounter between the teams this season, Sancho gave Mittelstadt a run for his money, as he scored early on in the game and continued to threaten throughout the game. 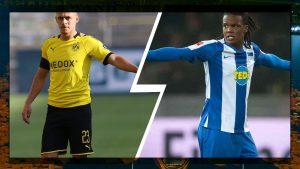 Erling Haaland has still not fully recovered from his knee injury, so the Norwegian striker is unlikely to make the starting eleven against Hertha Berlin. Lucien Favre is likely to resort to playing Thorgan Hazard as the central striker, as he did against Paderborn. Hazard adjusted his game brilliantly and managed to get on to the score-sheet. However, the central defence he faces this time around will be a lot more competitive. Dedryck Boyata has been Hertha’s star man this season, earning a 7.08 season rating on Whoscored, which is the highest among Hertha’s players with a minimum of 12 appearances.