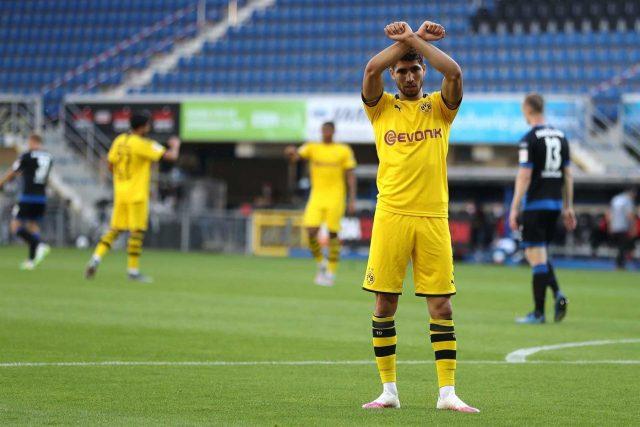 Borussia Dortmund defender Achraf Hakimi has been shortlisted for the Bundesliga Player of the Month award for May.

The right-back was instrumental in his defensive and attacking duties for the Black and Yellows. The month of May had 4 match-days, out of which Borussia Dortmund won 3 and lost 1 game – Bayern Munich the only side to beat BVB.

The month of May saw the Morocco international named as the fastest player in the league after recording 36.49 km/h earlier in the campaign while covering 35 metres per hour in the month under review. His attacking threat continues to exemplify the change in the dynamics of a full-back/wing-back’s style of play. 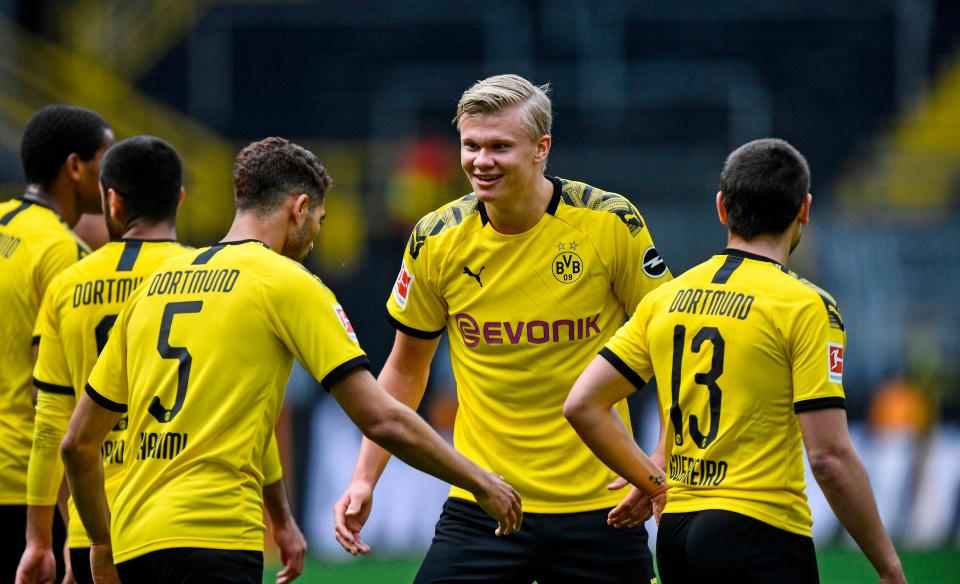 The 21-year-old helped Dortmund to a 4-0 win over Schalke 04 in their first game after lockdown keeping a clean sheet as well.

He was on target in the subsequent game as Lucien Favre’s side beat Wolfsburg before netting in the 6-1 thrashing of 18th placed Paderborn away from home.

The loss against Bayern leaves Dortmund seven points behind the Bavarians who are on course to lift the Bundesliga once again with four games to go.

Dortmund fans will hope to see him win the award. The award could even turn out to be a parting gift for Hakimi, as his two-year loan deal from Real Madrid nears an end.