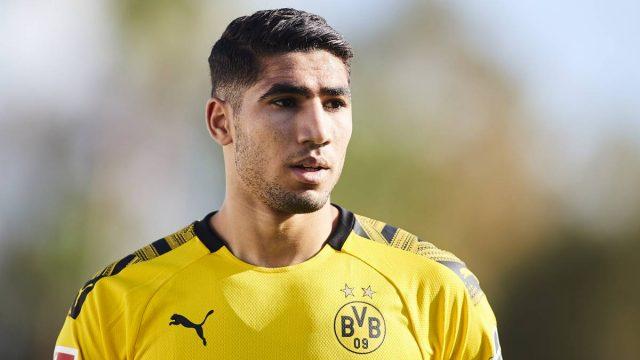 German newspaper Bild are reporting that, Achraf Hakimi is set to continue his career at Borussia Dortmund despite his loan spell coming to an end this summer.

Hakimi joined Dortmund on a two-year loan spell in 2018 from Real Madrid and has made massive improvement during his stay at the Signal Iduna Park.

The 21-year-old’s time with the Black and Yellow side runs until 1 July, after which he is due to make a return to the Bernabeu. However, the German media outlet reports that Dortmund are hopeful of grabbing the youngster on a permanent deal.

Hakimi has highly impressed for Lucien Favre’s team and has been involved directly in 13 goals for the German outfit, scoring three and assisting a further 10 this season.

The defender joined Dortmund having signed a deal with his parent club that is likely to end in 2022, and other reports say another contract extension has been triggered.

The player and his agent both denied any reports of a new contract but suggested that a talk with Madrid in June is likely despite not holding talks earlier.

Zinedine Zidane is keen to add the versatile player to his squad next season but will first have to assure him of a role, and with Odriozola also set to return in the summer – Hakimi will be looking at his chances at the Bernabeu.