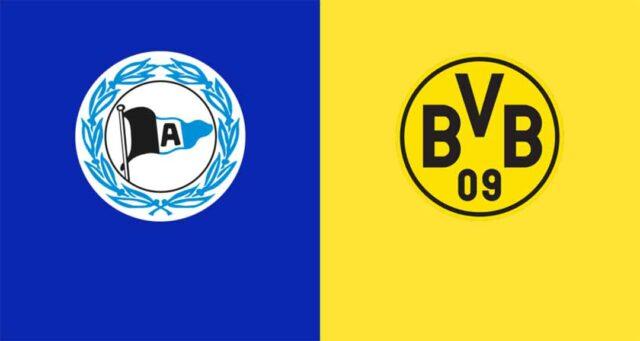 After suffering a 4-0 drubbing in midweek, Borussia Dortmund will need the best of responses to gain back their momentum.

BVB were beaten 4-0 by Ajax Amsterdam on Tuesday in match-day three of the UEFA Champions League, away from home in a cracking game for the home side.

The Black and Yellows looked far from their usual best in midweek as they failed to impress against the Dutch side even with the inclusion of Erling Braut Haaland in the starting lineup.

However, with that game over now, Dortmund now turns their attention to Bundesliga action where they play Arminia Bielefeld in another away game.

Bielefeld comes into this game off the back of eight consecutive games in the league without a victory. They lie 17th on the league table after eight games with their only victory this campaign coming in the DFB Pokal encounter against SpVgg Bayreuth.

Bielefeld last tasted victory against Dortmund during the 2006/07 season, where they managed a 1-0 win over the Black and Yellow lads.

However, all but two of the last six games has gone in favour of Marco Rose’s men and they look on course to add to that number considering the form of their opponent.

Frank Kramer is expected to be without the services of Stefanos Kapino, who is injured while Nathan De Medina is unlikely to be fit for the encounter. Aside from these two, the manager has everyone available at his disposal for the game.

For Rose, Raphael Guerreiro, Mateu Morey, Giovanni Reyna, Marcel Schmelzer and Youssoufa Moukoko are all unavilable for selection but the manager could have Mahmoud Dahoud ready for action. Haaland and Nico Schulz have also been ruled out by the manager.