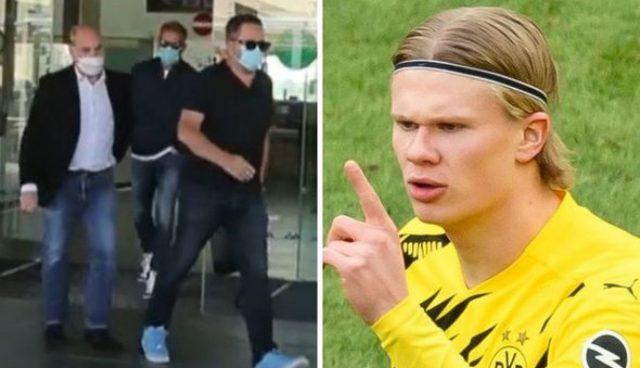 Officials from both Barcelona and Real Madrid reportedly held talks with Erling Braut Haaland’s representatives on Thursday ahead of a possible transfer for the player in the summer.

The Norway international has been a hot prospect in the world recently following his breakthrough into the scene.

Barcelona are set to be in the market for a forward and see the Borussia Dortmund player as an ideal option on the market.

Joan Laporta was said to have met with Mino Raiola and Alf-Inge Haaland in the early hours of Thursday before the two followed that with a meeting with Real Madrid.

Prior to their trip to Spain, Raiola had reportedly already spoken to Dortmund to find out how best they can reach an agreement for the sale of the youngster – a conversation that was confirmed by the club’s executives.

Haaland is the subject of interest from many top clubs ahead of the summer transfer window including Manchester United, Manchester City and Chelsea while Bayern Munich has also been credited with an interest.

However, there have also been wide reports that the Black and Yellows will allow the Norwegian to leave the club when they qualify for next season’s UEFA Champions League, with the German side also like to demand at least €180 million from interested clubs.