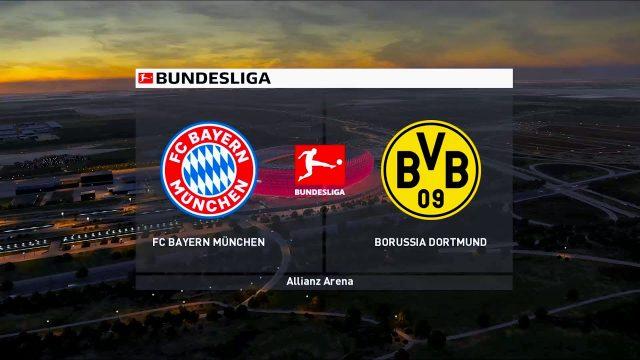 Edin Terzic will face his biggest test as Borussia Dortmund’s boss on Saturday when his side travels to the Allianz Arena to play league leaders Bayern Munich.

Dortmund have enjoyed a great run of the spell, winning their last four games across all competitions including the narrow win over Borussia Mönchengladbach in midweek.

Bayern on the other hand has recorded a defeat in just one of their last ten games in all competitions, continuing from where they left off before the end of the year.

With a whopping 13 points separating both teams, the Black and Yellows will be hopeful of taking advantage of their good run to cause damage to Bayern’s title challenge.

In their last five meetings, Hansi Flick’s men gave seen just one loss against Dortmund, a 2-0 loss in the 2019 German Super Cup.

Among the absentees for the game on the path of Bayern are Douglas Costa, Benjamin Pavard, Corentin Tolisso, Alexander Nubel and Tanguy Nianzou who are all on the treatment table.

For Dortmund, Marcel Schmelzer, Axel Witsel and Manuel Akanji have been ruled out while Raphael Guerreiro is a doubt. Jadon Sancho and Giovanni Reyna have also been ruled out of the encounter due to thigh injury and knock respectively.