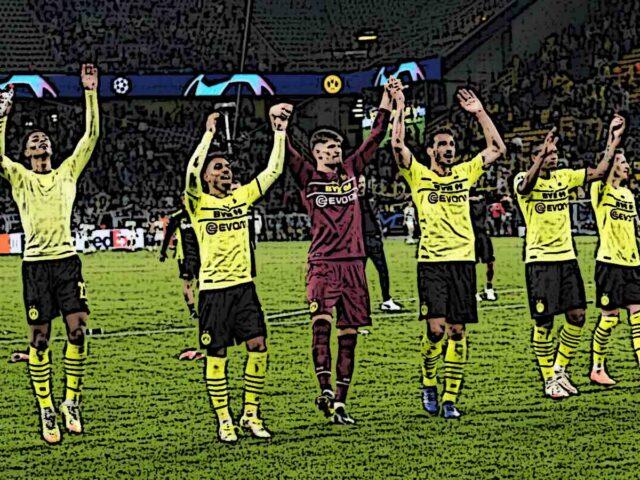 Donyell Malen opened his goal-scoring account for Borussia Dortmund on Tuesday in their win over Sporting Lisbon.

The German side welcomed Sporting to the Signal Iduna Park in matchday two of the 2021/22 UEFA Champions League season.

Marco Rose made two changes to the starting line-up that suffered the 1-0 defeat at the hands of Borussia Monchengladbach last weekend.

Dortmund started the game as they meant to go on, firing from all angles as they looked to intimidate the current Portuguese champions.

The home team managed two shots on target in the opening 45 minutes, with one of them being Malen’s opener.

The Netherlands international scored in the 37th minute of the game through a Jude Bellingham assist, the youngster’s second of the Champions League campaign this season.

Prior to the goal, midfielder Mohammed Dahoud had to be replaced by Julian Brandt in the opening 10 minutes of the game after picking up an injury.

The away team attempted five shots in the first half but none troubled Gregor Kobel in post for Dortmund.

After the recess, the Black and Yellows continued to press for the second goal while Sporting went all out for an equalizer.

Rose introduced Marius Wolf, Nico Schluz, and Reinier Jesus into the game as the search for another goal continued.

Having seen Ajax beat Besiktas earlier in the day, it was all about getting the maximum points for Dortmund and that was exactly what they did.

The Bundesliga side controlled the game, dictated the flow if action, and had two goals rightly ruled out by the referee.

Dortmund ended the game with just one goal lead and are now leveled on points with the Eredivise side after two games played.