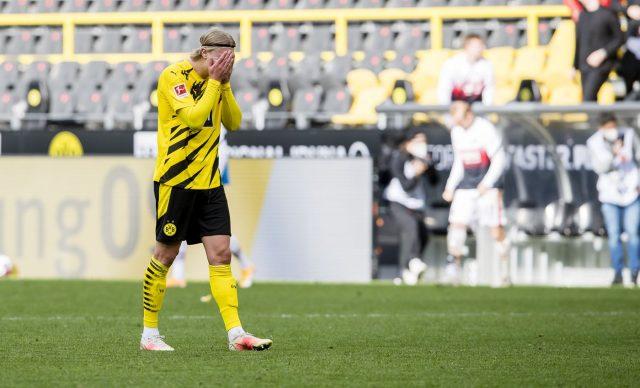 Borussia Dortmund were on the receiving end of a loss over the weekend, suffering a loss at home to Eintracht Frankfurt.

Dortmund went into the game hoping to close the gap between themselves and Frankfurt who occupy the fourth position.

However, they were treated to a 1-2 loss at the Signal Iduna Park thanks to an Andre Silva goal and a Nico Schulz own goal.

The away side opened the scoring in the 11th minute when Dortmund defender Schulz turned the ball into his own net.

The Black and Yellows had to wait until the 44th minute to get level, with Mats Hummels his fourth league goal of the 2020/21 Bundesliga season.

Both teams went into the break having scored a goal each but Dortmund looked the better side after recovering from their early mess.

Edin Terzic’s team still continued to dictate the game after the recess but were unfortunately not to see any of their 13 shots in the second half find the back of the net.

With three minutes left to go, Filip Kostic assisted the in-form Andre Silva to help Frankfurt run away with all maximum points on the road.

They have now extended their lead over Dortmund to seven points with seven matches left to be played until the season wraps up.

Dortmund will now turn their attention to the UEFA Champions League game against Manchester City in midweek.