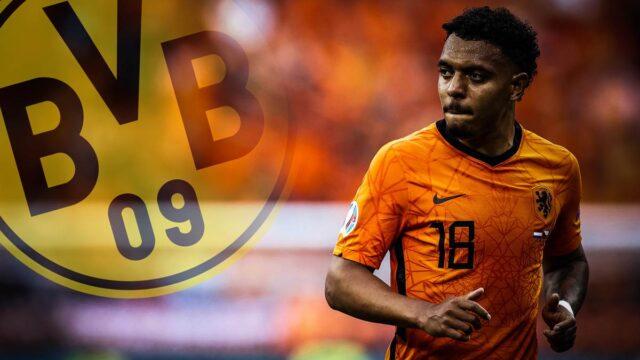 The Netherlands international is considered as a likely replacement for Manchester United bound Jadon Sancho, with news now claiming personal terms have been sorted between Dortmund and Malen.

Malen, who represented Holland at the just ended Euros looked bright and convincing enough with the bosses at the Signal Iduna Park identifying him as a transfer priority.

According to SportBILD, negotiations between the German outfit and the player seem to be progressing well with an agreement reached while both Dortmund and PSV are also said to be involved in the discussion over a possible transfer fee.

The Dutch side are thought to be demanding a fee of around €30 million in order to part ways with the forward while Dortmund are only willing to dish out 25 million euros to sign Malen.

Though both clubs are yet to reach an understanding, it is also worth knowing that they are not far from coming to an agreement with just 5 million euros being the difference.

Donyell Malen found the back of the net 27 times for PSV in 45 games across all competitions during the 2020/21 campaign while also adding quite a number of assists to his name.

His ability to play across all three positions in attack is a big advantage for Marco Rose should Dortmund manage to sign their target.