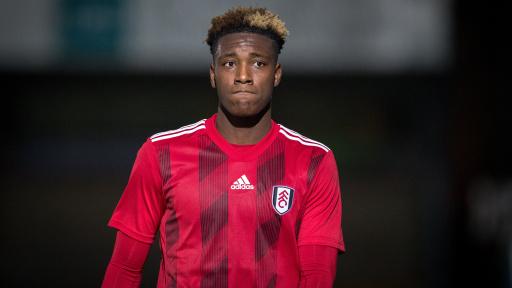 Borussia Dortmund’s pursuit of Fulham’s Timmy Abraham came to no avail in the recent summer transfer window. However, according to Kicker, the club might look to seal a deal for the 19-year-old in January.

Timmy is the brother of Chelsea player Tammy Abraham, both of whom play as strikers. He featured for the Fulham U-23 side 12 times last season and scored 4 goals in that time period.

He is regarded as one of the brightest prospects in English football, which undoubtedly means that Dortmund would keep an eye out for him.

Kicker said that BVB’s move for Abraham in January fell through owing to legal details which couldn’t be sorted out in time. The club wished to sign him on a loan deal valid until 2022, attached with an option to make the deal permanent. Whether Dortmund will retain a similar approach in January remains to be seen.

Dortmund are known to target young players who haven’t made their name in the big stage yet. This is evident through their acquisition of Jadon Sancho, Giovanni Reyna, Christian Pulisic, Jamie Bynoe-Gittens, and even Mateu Morey. Hence, it wouldn’t surprise me if the move for Timmy Abraham materialised in January.