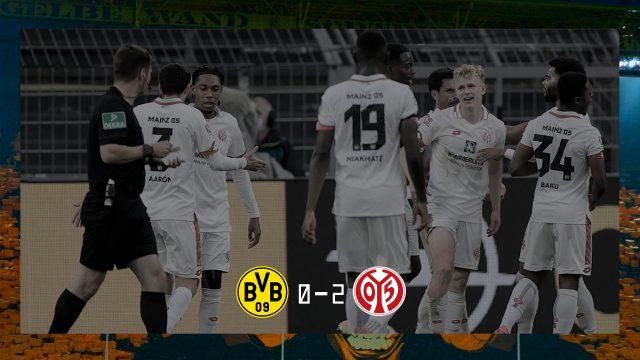 The title race for the Bundesliga ended when Bayern Munich beat Werder Bremen on Tuesday. Borussia Dortmund’s performance on the next day against Mainz looked like they had nothing to play for. Dortmund lost 2-0 at home to Mainz, which was mainly because of a lack of drive and intensity shown by the team.

They started the game in typical fashion  holding the ball for large periods of the first half. However, just like the last few games they lacked any real penetration into the opposition’s backline. Dortmund failed to create many attempts on goal even with all 4 of their primary attack-minded players (Haaland, Sancho, Hazard, Brandt) in the starting eleven. 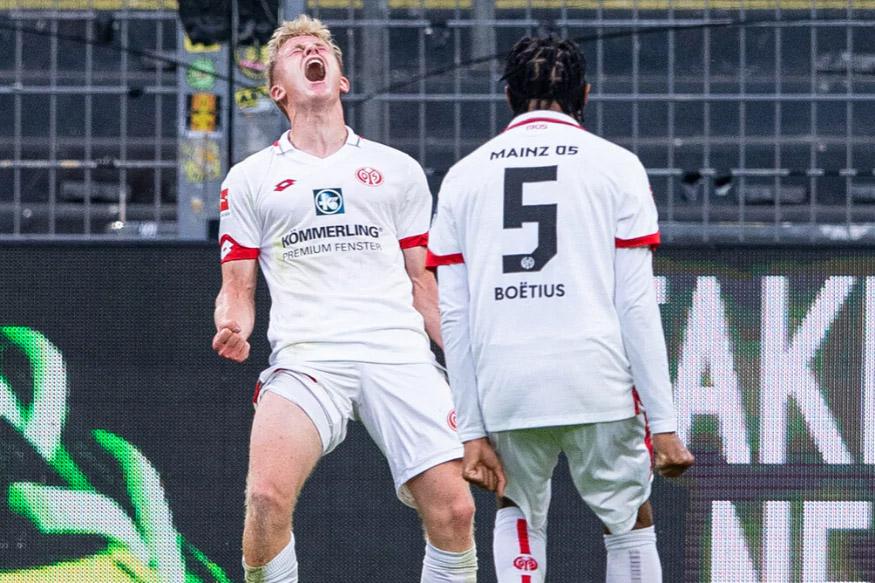 Mainz looked particularly threatening on the wings with blistering pace on either side for their counter-attacks. It was their brilliant counter-attacking play which helped them take the lead in the 33rd minute. A quick transition from defence to attack by the visitors gave Jonathan Burkardt the chance to score his first Bundesliga goal of the season. The young German directed his fine header into the far corner, leaving Bürki with no chance to prevent a goal.

Just a couple of minutes later, Dortmund had their first real sight of goal through a corner. An unmarked Emre Can failed to get power behind his header from only a couple of yards out, as Mainz’s goalkeeper, Muller easily collected the ball. 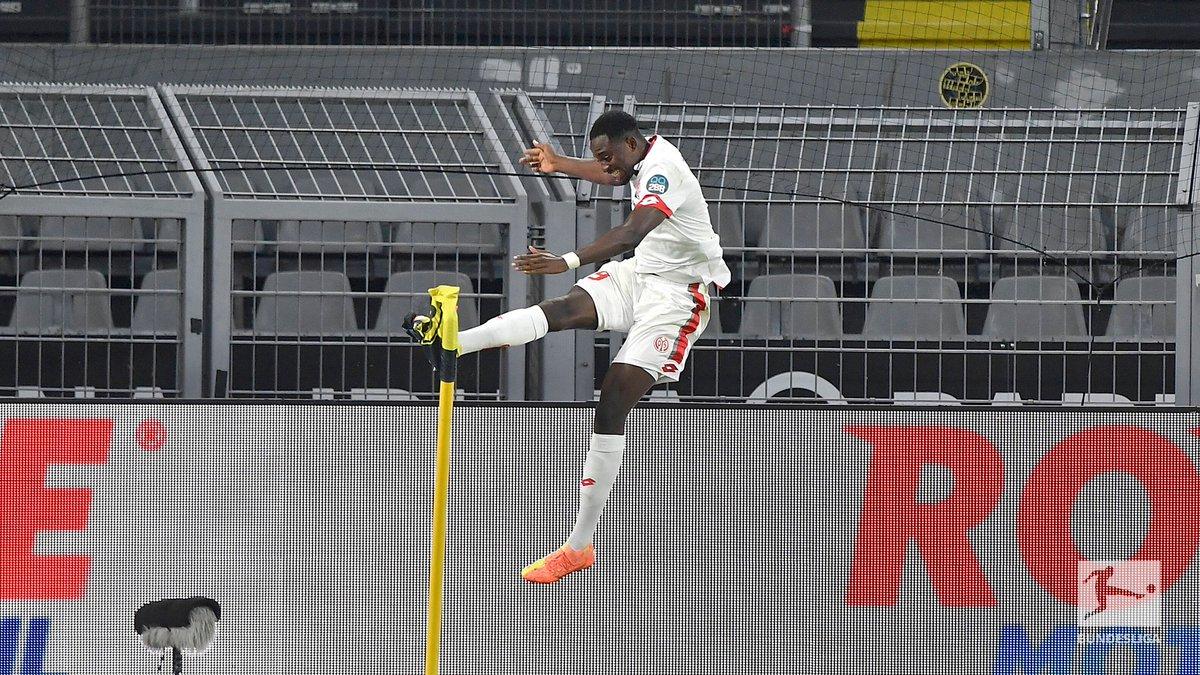 Mainz doubled their lead just 4 minutes into the second half after they were given a penalty. Lukasz Piszczek was the offender, and he could have no complaints, as he quite blatantly brought Latza down in the 18-yard-box. Mateta stepped up to the penalty spot and sent Bürki the wrong way.

Dortmund continued to push the ball into Mainz’s half but with no respite, as their attacking synergy was off with no incision in build-up play or in finishing. Achraf Hakimi came closest to scoring with a beautiful free-kick which Muller just managed to tip over the bar.

Mainz had two chances to finish the game in the last 20 minutes of the game as chances fell to Jean-Paul Boëtius and Ádám Szalai. Although they failed to convert, Mainz’s resolute defending was enough for them to get through the night.

Lucien Favre’s side are now only three points clear of RB Leipzig, and if he wishes for his side to finish second on the table, drastic change is required in mentality and execution.