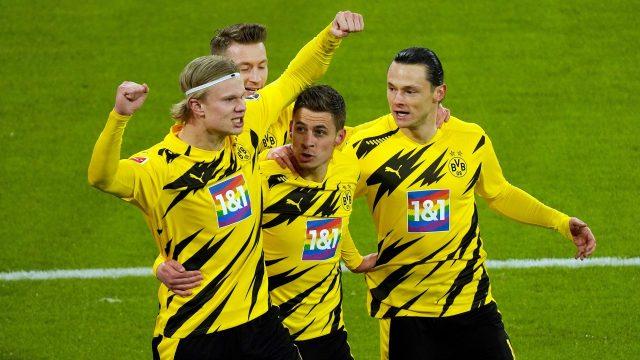 Edin Terzic, a man who is gradually living to the expectation in Borussia Dortmund’s dugouts will once again have the opportunity to add to his impressive run.

Unbeaten in seven home games since taking over from Lucien Favre, the interim manager has done everything right except for a few mistakes in recent times.

His side plays Hertha Berlin over the weekend and we take a look at how he could line up his players for the fixture.

The Swiss have been an important replacement for Roman Burki since the latter got injured. Hitz has been impressive and continues to show reasons why he deserves to stay in goal. He will keep his place once again on Saturday.

With injury concerns still persisting at Dortmund, Emre Can is in line to partner Mats Hummels in central defence against Hertha Berlin.

Matheu Morey and Nico Schulz will keep their places in the right and fullback roles respectively. They showed maturity against Sevilla in the Champions League and the same will be expected this weekend.

Mohammed Dahoud in recent times has been the differential pick in the middle of the park for Dortmund. He is expected to keep his place and be joined by Jude Bellingham and Thomas Delaney for this one.

Julian Brandt is expected to be the only change in the frontline for Dortmund, who have Jadon Sancho out while Giovanni Reyna is yet to regain full fitness.

Marco Reus and Erling Braut Haaland should complete the full team for Saturday’s game. Haaland will look to carry his Champions League form to this one too as he aims at catching up with Bayern Munich’s Robert Lewandowski.