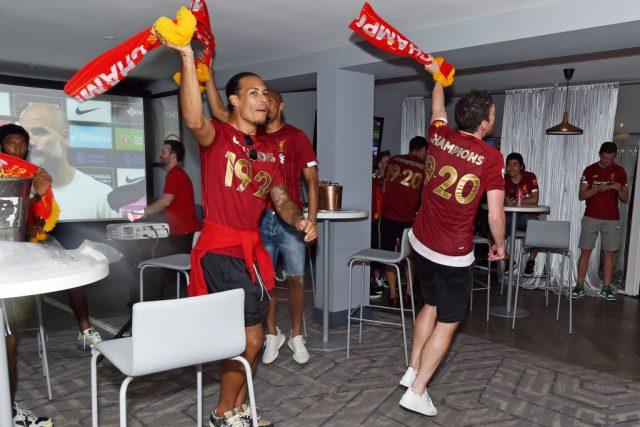 Jurgen Klopp has led his Liverpool to the first-ever Premier League title. This is a massive achievement and has received plaudits from around the world. His former club too, Borussia Dortmund, have congratulated him on the incredible accomplishment.

The club posted a tweet which read, “Congratulations to former coach Jürgen Klopp and Liverpool on winning the Premier League!” Jurgen was Dortmund’s manager for 7 whole seasons, delivering back-to-back Bundesliga titles in the 2010/11 and 2011/12 seasons, a German Cup win in 2012, and led the team to a Champions League final in 2013.

Michael Zorc, Borussia Dortmund’s Managing Director, who recently extended his contract took part in the tributes towards Jurgen Klopp. He likened Jurgen Klopp to Muhammad Ali, which is a rather interesting analogy. He said, “Congratulations, Jurgen! You are the greatest! It’s not for nothing I’ve for many years now been calling you the Muhammad Ali of football.”

Klopp’s time at Dortmund is what gave him a real platform to establish himself as an exceptional manager. He did well to seize his opportunity as he revitalised Borussia Dortmund, a club that had just about saved itself from bankruptcy. Klopp is now doing wonderful things at Liverpool, making them not only England’s champions for 2019/20 but also European Champions of the 2018/19 season.

The Black and yellow army will forever be grateful to Klopp, who put the club back onto it’s perch of being a massive European club. Klopp is considered one of the best managers’s in today’s footballing world, and Borussia Dortmund’s CEO Hans-Joachim Watzke aligned his thoughts with the same. He said, “At least since the title win, he ranks among the world’s greatest managers.“