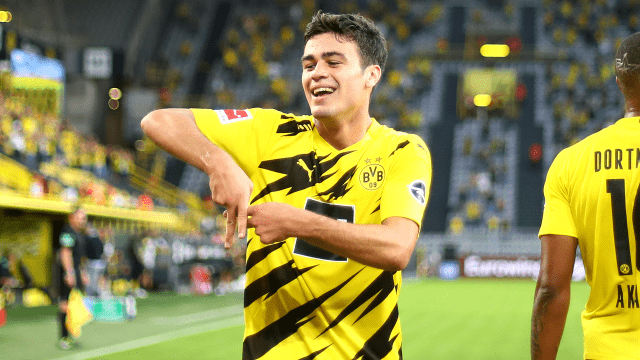 Borussia Dortmund will host VfB Stuttgart at the Signal Iduna Park in their eleventh game of the Bundesliga 2020/21 season.

The club currently finds themselves fifth on the table, 2 points below fourth-placed Wolfsburg who have a game in hand. However, the gap to title-holders, Bayern Munich, is 4 points.

Borussia Dortmund’s injury concerns remain quite worrying, with many of the players who missed the game against Zenit expected to be out for tonight’s game too. Erling Haaland, Manuel Akanji, Thomas Meunier, and Marcel Schmelzer will not play.

Whereas Thorgan Hazard, Mateu Morey, Reiner Jesus, and Thomas Delaney are all injury doubts for the game. Raphael Guerreiro could make a comeback following his injury.

For Stuttgart, Gonzalo Castro is out after picking up 5 yellow cards in the season. Further, Nicolas Gonzalez, Erik Thommy, Daniel Didavi, Atakan Karazor and Hamadi Al Ghaddioui will miss the game too.

Borussia Dortmund: Lucien Favre’s men have been going through a bit of a rough patch, however, the victory over Zenit Saint Petersburg will give them some confidence. Since the side lost Erling Haaland to injury, they have lost once, drawn twice, and won once, scoring only 5 goals in the same time.

VfB Stuttgart: Stuttgart are coming off a mixed bag of results, with topsy-turvy as the best adjective to describe their form. Their last 5 games have seen 2 draws, 2 wins, and a loss to Bayern Munich. Overall though, for a club that has earned its way back to the Bundesliga, they will be delighted to see themselves eighth on the table.