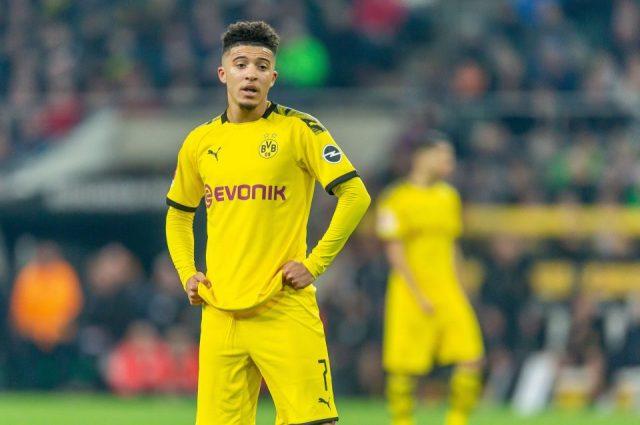 Jadon Sancho has been in the headlines after attracting interest from several tops in Europe, with a move to the Premier League a possibility.

In a move to convince the England international to stay beyond this season, Borussia Dortmund are set to offer him a bumper new deal that could see his pay rise and ward off interest from England.

The German club are willing to increase Sancho’s salary from six million euros to 10 million euros a year, a move that could see him become one of the top earners at the club only behind captain Marco Reus.

Dortmund CEO Hans–Joachim Watzke reiterated on the club’s desire to keep the player beyond the current campaign. He told Bild, “Even before the coronavirus outbreak, we said our preference is to keep Jadon with us.”

“I can clearly say that even the very rich clubs, despite the existential crisis, should not believe that they can go on a bargain tour with us.

“We don’t have to sell anyone below their value.”

Lucien Favre is optimistic that Jadon will be willing to buy into the idea of staying at the Signal Iduna Park for at least one more season.

Manchester United lead the chase to sign Sancho, as they are keen on bringing the 20-year-old to the Theatre of Dreams as they look go continue their rebuild.

Chelsea and Liverpool are other clubs that are monitoring the former Manchester City player’s situation at Dortmund and could be willing to pounce on him, should he be available on the market.