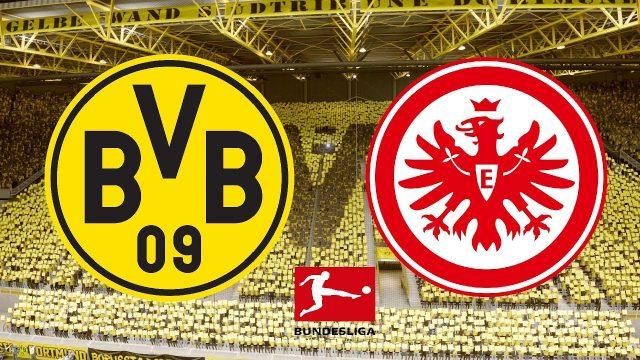 Borussia Dortmund will be playing for what could seem to be their season-defining moments after the international break. They are set to face Eintracht Frankfurt over the weekend before a trip to England to face Manchester City in the Champions League.

With a spot in the top four places in the league up for grabs, Dortmund will be hoping to close the gap on Frankfurt in their fixture on Saturday.

Adolf Hutter’s side are four points above Dortmund and occupy the fourth position, meaning losing to the Black and Yellows could still see them above Edin Terzic’s side. However, they will also look to further widen the gap with eight games still left to be played.

Dortmund have been the better side of the two in the last five games played in the Bundesliga – winning two and drawing three while Frankfurt’s last win over Dortmund came in 2016.

It will be an interesting fixture to keep an eye on considering both teams need all three points to steer them to qualifying for the Champions League next season. Erling Braut Haaland and Andre Silva are two players who will most be watched in this encounter.

Dortmund’s injury crisis means that the likes of Mateu Morey, Dan-Axel Zagadou, Marcel Schmelzer, Axel Witsel and Jadon Sancho are all ruled out for the game while Youssoufa Moukoko is also doubtful.

For Frankfurt, head coach Hutter will likely be without the services of Ragner Ache, Almamy Toure with Makoto Hasebe also suspended. Martin Hinteregger and Erik Durm will need a late fitness test.