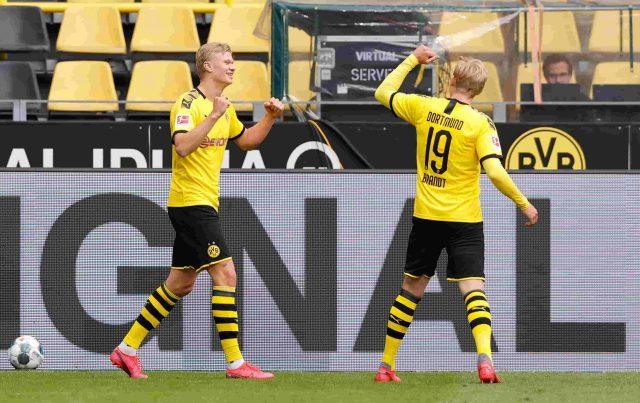 Borussia Dortmund resumed the 2019/20 season in a classic style as they scored four past Schalke 04 in the derby game on Saturday.

Goals from Erling Braut Haaland, Thorgan Hazard, Raphael Guerreiro were enough as Lucien Favre’s side displayed a magnificent performance without spectators at the Signal Iduna Park.

The first 20 minutes of the game looked as if the players were comfortably settling a stalemate with no goal recorded though Dortmund looked dangerous going forward and missed a couple of chances.

Thomas Delaney, who has missed most of the action this season has fitted in so well at the heart of the midfield with support coming from Mahmoud Dahoud.

Guerreiro looked an excellent threat from the left wing-back role with Achraf Hakimi also causing a few troubles down the right flank. 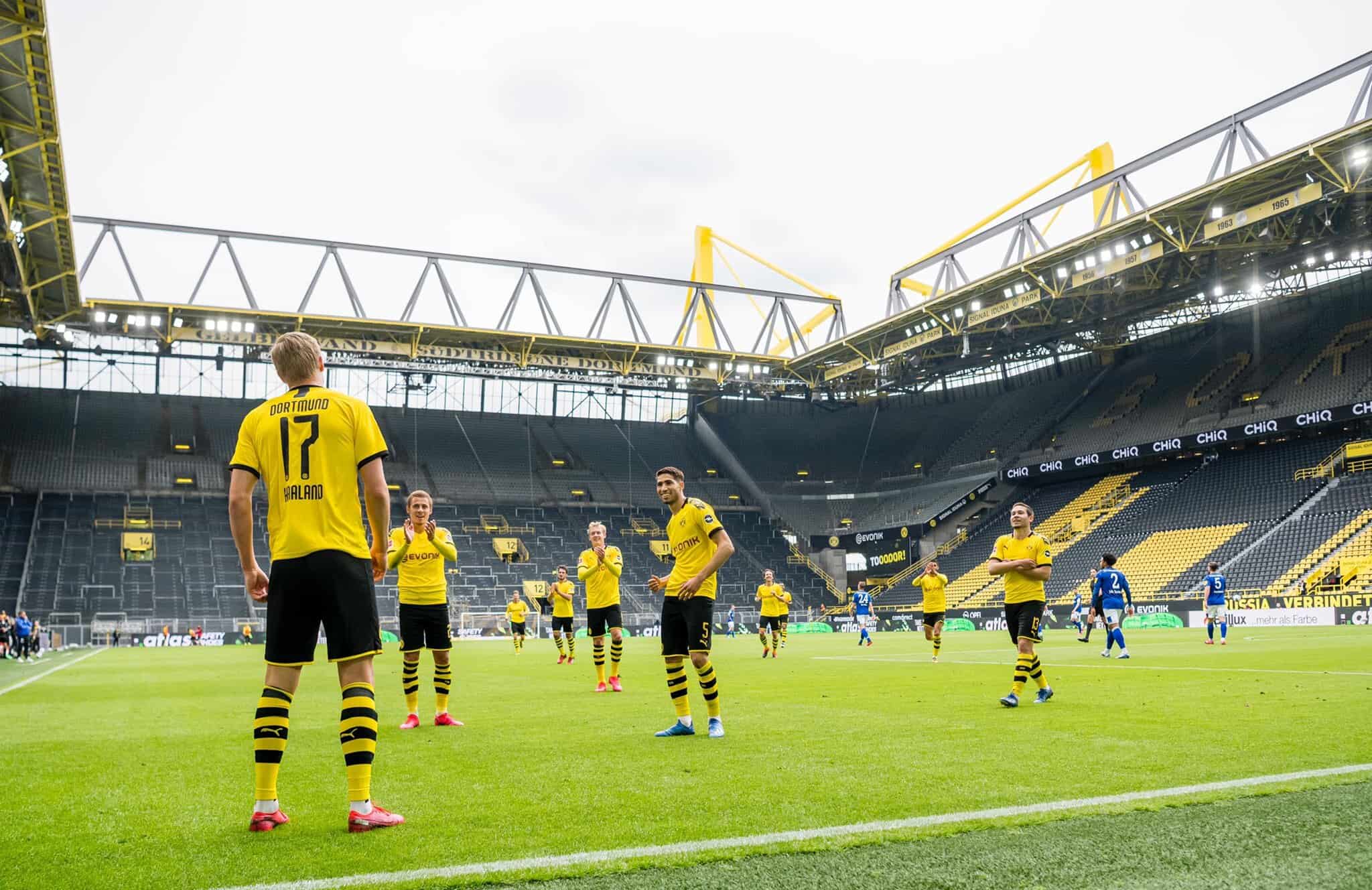 Haaland tapped home into the net from close range after a square pass from Hazard before the half-hour mark to put the Black and Yellow side ahead. Julian Brandt who started the game ahead of the tricky Jadon Sancho also turned provider for Guerreiro to double the club’s lead going into the break.

Dortmund looked more charged after the recess with Brandt assisting once again; this time to the Belgian who also got onto the scoresheet after laying off the first goal and was substituted later on due to injury.

Guerreiro’s threat paid off one more time after latching onto Haaland’s pass to slot home the fourth and final goal to make it 4-0. Favre’s side seem comfortable playing without their fans as they put out an incredible effort to edge out Schalke.

The win takes Dortmund to 54 points after 26 games, one off leaders Bayern Munich who plays later on Sunday.

Dortmund always thank the Yellow Wall after a game.