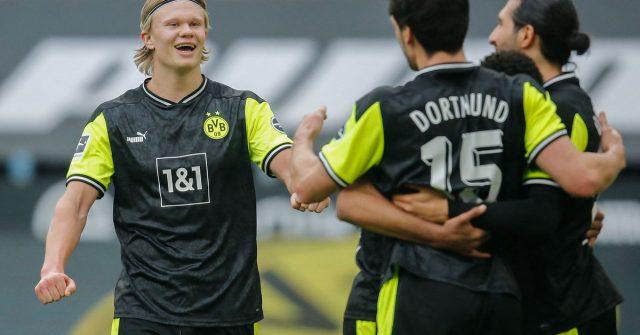 Having performed to the maximum over the weekend, Borussia Dortmund will be looking to pose the same danger when they play Union Berlin over the weekend in the Bundesliga.

The fifth-placed team are fighting to secure a place in Europe’s biggest competition next season and currently find themselves four points behind Eintracht Frankfurt, who occupy the fourth position.

Union Berlin recorded a 2-1 win over Stuttgart in their last league game over the weekend and are also in a confident mood having last lost a game last month.

A win will see them move ahead of Borussia Mönchengladbach, and go just with three points of Dortmund.

In the reverse fixture, Dortmund’s lost away from home and tomorrow presents an opportunity to revenge that loss.

Edin Terzic will be without the same old faces in the treatment room in midweek. Jadon Sancho and Thomas Delaney are doubtful for the clash against the eight-placed team.

For Berlin, they will be without the services of wingers Sheraldo Becker and Leon Dajaku while Taiwo Awoniyi is also doubtful for the encounter.