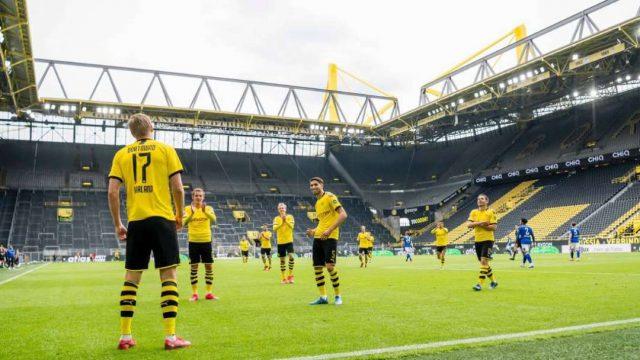 Football is coming back sooner than what we’re generally accustomed to. The COVID-19 pandemic caused a halt on all professional footballing events for around 3 months. To make up for this lost time, the players have been given only a month and a bit’s rest for the 2020/21 season.

The Bundesliga is set to begin in the third week of September, and in order to be fully prepared for that Borussia Dortmund will commence their pre-season training on the 3rd of August. After 7 days of training at the training ground, Dortmund will then shift camp to Bad Ragaz, Switzerland.

Dortmund will play 2 games in Switzerland and then 4 games in Germany. The club confirmed their pre-season games on their official website.

The six games will be played on the following dates:

After these 6 pre-season games, Dortmund will prepare for the first round of the DFB Pokal. The black and yellow army will take on MSV Duisburg one week before the start of the Bundesliga. This is probably why the club have organised a pre-season friendly against Duisburg. It will help both teams get a better understanding of their opponent’s tactical approach.