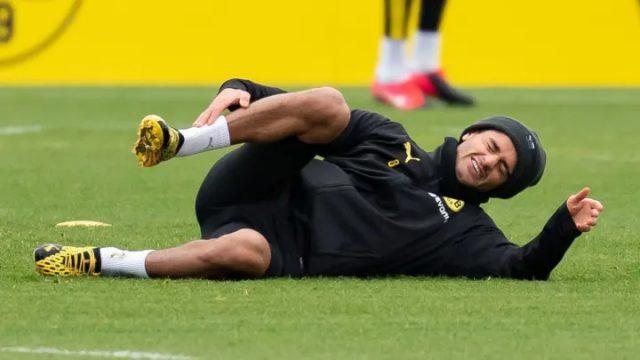 Borussia Dortmund midfielder Mahmoud Dahoud has been ruled out for the remainder of the season, the club’s manager has confirmed.

The midfielder has been on an impressive run since the return to Bundesliga action, playing all three games for Lucien Favre’s side.

The 24-year-old has played only 12 leagues games in the 2019/20 campaign with just six starts and has recorded just one assist.

However, the player is set to end his season prematurely with an injury as Favre gave an update on his squad ahead of this weekend’s game against Paderborn.

“Unfortunately, after our game against Bayern, we found out that ‘Mo’ Dahoud will be out for the rest of the season,” Favre said to reporters ahead of Sunday’s game against Paderborn.

It would be a blow to their title hopes which already took a slight step back on Tuesday after losing to Bayern Munich.

Axel Witsel and Emre Can are both fully fit and should be ready to partner each other on Sunday.

Favre also confirmed that Erling Braut Haaland who suffered casualty against the Bundesliga leaders, will also miss the trip to Paderborn, leaving Dortmund with no natural striker in the first team.