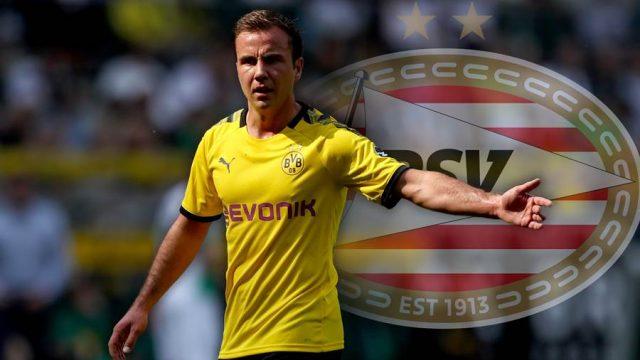 In a shocking turn of events, Mario Götze is set to join Eredivisie runners-up, PSV Eindhoven. Götze was released following the expiry of his contract at Dortmund and has since been a free agent.

This is all set to change though, as confirmed by the most reliable football journalist in the world, Fabrizio Romano. Romano tweeted: “After Van Ginkel, PSV are signing also… Mario Götze! Free-agent top deal of the day. Agreement to be completed soon, as per @RikElfrink. Götze turned down 2 bids from Italy, 1 from Bundesliga as Bayern turned down days ago the chance of bringing him back.“

This would be PSV Eindhoven’s third transfer of the day, after bringing in Adrian Fein and Marco van Ginkel earlier in the day. It is reported that Götze will sign a 2-year contract with PSV Eindhoven.

The 2014 World Cup winner has been linked to numerous clubs around the world, including the likes of Fiorentina, Hertha Berlin, and even Bayern Munich. However, none of those talks materialised. Yet, the surprise swoop for Götze by PSV seems to have paid off.

Mario left Dortmund after failing to perform up to the desired levels in his last two seasons. That accompanied with the Lucien Favre’s system not suiting him, are the two primary reasons why Götze and the club decided to part ways.