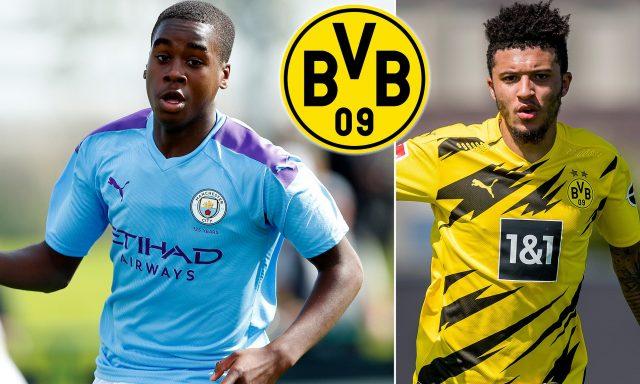 Sancho was 17 when he left Man City’s U-18 side to join Dortmund, and Bynoe-Gittens will make the move a year earlier.

According to a report from Kicker, a German media outlet, the youngster has already arrived in Dortmund and the only reason for a delay in the official announcement is that he does not have a professional contract with Manchester City.

According to BILD’s report on the 16-year-old’s transfer to BVB, the final details have been completed, and it is only a matter of days before it is announced by the club. Dortmund beat  Real Madrid and Paris Saint-Germain to secure the youngster’s signing.

The similarities between Jadon Sancho and Jamie Bynoe-Gittens:

Nationality and club: Sancho and Bynoe-Gittens are both England Internationals at the senior and U-16 levels, respectively. They both are products of the Manchester City academy who eventually moved to the Borussia Dortmund academy.

Position: The pair are forwards, the only difference being the wing they operate on. Sancho is a right-winger, whereas Jamie is a left-winger.