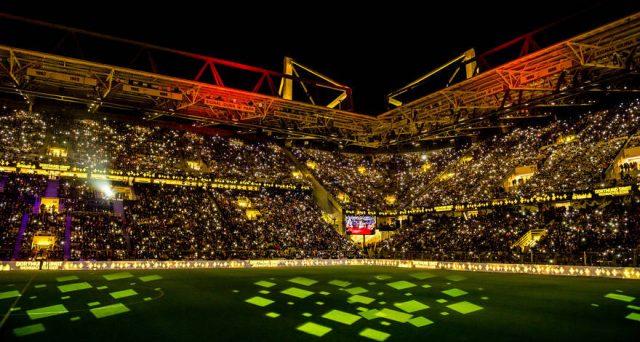 Borussia Dortmund’s annual Christmas event has been cancelled for the current year owing to the COVID-19 pandemic. The event would have been the fourth consecutive year of its running, however, owing to the rising cases in Germany the club has cancelled it for the year 2020.

The event is conducted for the singing of Christmas carols, and all proceeds made from the event are donated to charitable causes. Last year’s event generated €100,000, which was donated to 4 social organisations equally.

The event has been cancelled to curb the spread of coronavirus within the country.

Dortmund’s game against Borussia Monchengladbach on the 19th of September was the first game they played in front of their fans since the 29th of February. Although there were only 9300 fans in the Signal Iduna Park, it still impacted the atmosphere in the ground.

Quotes on the fans returning:

Sebastian Kehl: “The atmosphere was really really good, even if only 9,300 fans were in the stadium today.”

Giovanni Reyna: “We were so happy to see that some of our fans could be there again.”

Erling Haaland: “I’m happy that it’s all underway again, especially with 10,000 fans in the stadium. It felt unbelievable to have them back there. They supported us, and we needed that today. They gave us an extra boost, and it was obviously fantastic to score a goal in front of them.“