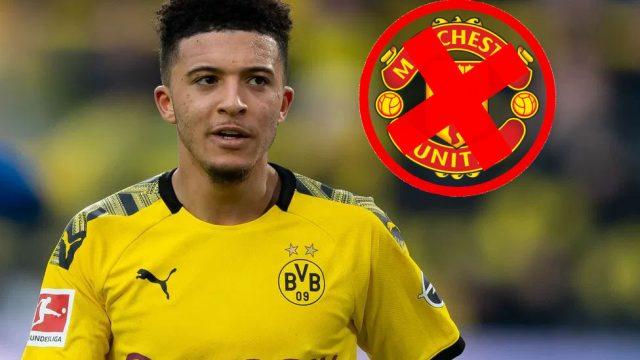 Jadon Sancho’s exceptional season has impressed clubs from all over Europe. He has contributed 15 assists and scored 14 goals in the Bundesliga. This is the 3rd highest involvement in goals across the big 5 leagues in Europe. Only Ciro Immobile and Lionel Messi have topped him in that regard.

Sancho’s value has grown by over 100 million euros over the past two seasons, depicting how much he has grown in Dortmund after being given consistent playing time. Sancho has drawn multiple suitors from around Europe, with the major transfer speculation circulating from the English Premier League. Manchester United, Manchester City, Chelsea, and Liverpool all have an obvious interest in the 20-year-old winger, and a few of months ago he seemed destined to join one of these clubs.

However, owing to the coronavirus, clubs are likely to become a lot tighter with their funds, and shelling out more than a hundred million euros doesn’t seem the smartest decision for clubs at the minute. Manchester United were frontrunners to secure Sancho in the upcoming transfer window, however, Ed Woodward, United’s executive Vice-Chairman has said, “We are not immune from the financial impact of what this virus is doing.” This leaves Manchester United’s current position on acquiring Sancho with a massive question mark.

Further, Carsten Cramer, Borussia Dortmund’s Managing Director has reaffirmed the club’s stance on attempting to keep Sancho in a black and yellow kit next season. He said, “Even if in the last few years, we sold some of them and received some good money, it’s not our strategy to educate players to sell them for as much money as possible. The less clubs are interested in Jadon (Sancho), I would say the less we would complain.”

The investment of over 100 million euros on world football’s biggest talent in a tougher marketplace is bound to create a dilemma in the minds of club executives, managers, and agents. Whatever the outcome, watching this dilemma unfold should be fascinating to watch.