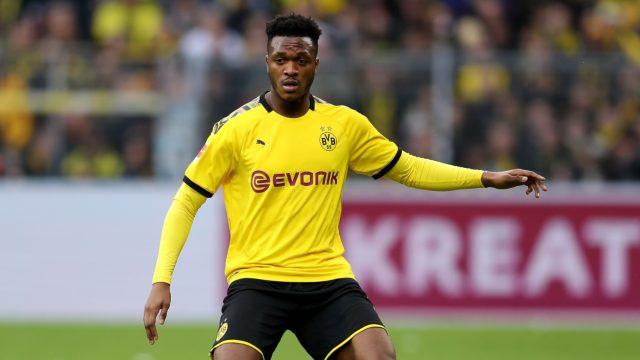 Just as Dan-Axel Zagadou seemed to be ready for the 2020/21 Bundesliga campaign, his knee injury concerns are reappearing. The Frenchman played the second half of Dortmund’s first pre-season game against SC Altach. That was considered an encouraging sign for Zagadou, however, after a couple of days later he was ruled out for the rest of the Bad Ragaz training camp in Switzerland. It was confirmed that it was a knee injury that ruled him out.

Zagadou injured his knee towards the end of the 2019/20 campaign, ruling him out for 7 games in May and June. He made a comeback in the last 2 games of the Bundesliga, playing 26 minutes against Leipzig and Hoffenheim. Dortmund were pleased to have him back then, little did they know that his knee injury would reappear.

The most recent news from Michael Zorc, Dortmund’s Sporting Director, is not encouraging. In response to a question about diagnosis into Zagadou’s injury, Zorc replied, “There is still no clarity, there are still investigations pending.”

Before his knee injury last season, Zagadou was impressive, replacing Manuel Akanji and solidifying a spot for himself in the starting eleven. BVB will hope Zagadou can make a comeback as soon as possible as they are short on traditional central defenders. The club’s first competitive game is on the 13th of September against MSV Duisburg in the DFB-Pokal First Round.