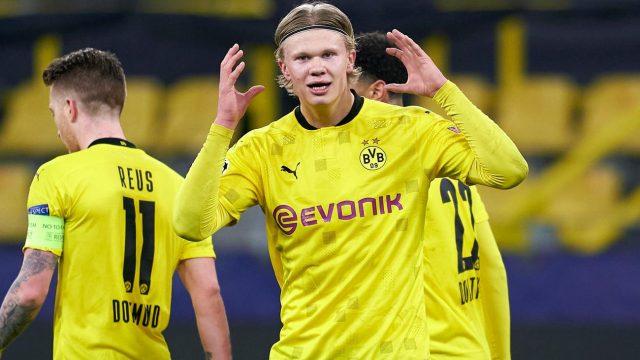 Borussia Dortmund are reportedly ready to listen to offers for Erling Braut Haaland only if any interested party could offer a sum of €180 million this summer.

The Norway international has been the subject of keen interest from elite clubs across the top five leagues in Europe.

He has added a spark to the Dortmund attack since arriving in January last year. Erling Haaland has become an integral part of the Black and Yellows team for the 2020/21 campaign.

However, the club are looking to ward off interest from clubs in the goal poacher by demanding a high fee, reportedly €180 million – which could be a huge amount for clubs to raise in this period.

Since moving to the club, Haaland has scored 49 goals in as many matches for Edin Terzic’s team and continues to be their star performer week-in and week-out.

Though Dortmund are struggling financially, they are unwilling to be forced to sell any of their potent players in the summer and they will look to keep them beyond the transfer window.

Manchester United, Real Madrid, Manchester City, Chelsea and Barcelona are among the clubs looking to secure the services of the youngster.