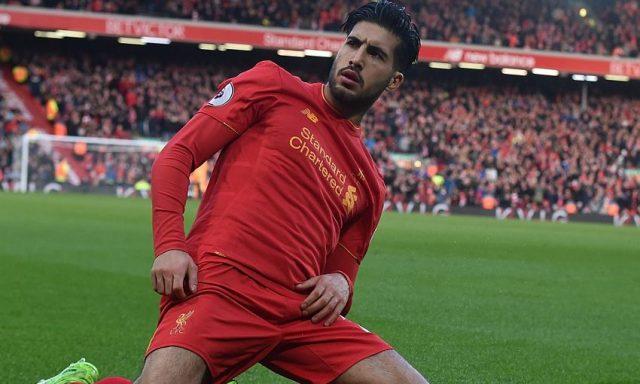 Borussia Dortmund’s latest signing Emre Can, who joined from Juventus on loan on the 31st of January 2020, has started 5 games for the club while managing to score the goal of the season so far against Bayer Leverkusen. In February, Juventus and Borussia Dortmund agreed for a permanent deal for 25 million pounds.

Before they confirmed the deal, Manchester United were interested in the German international. Although the prospect of moving to one of Europe’s biggest clubs may have tempted Can, he later confirmed that he could never move to the Red Devils because of his loyalties towards Liverpool.

Emre Can spent 4 seasons at Liverpool where he made a name for himself, as he developed his style of play under ex Borussia Dortmund Manager, Jurgen Klopp. Can said, “I would never play for United because of my time in Liverpool. My heart won’t let me do that. The rivalry between the clubs is really huge.”

Can is now an explosive box-to-box midfielder and developed much of his ability to drive through the opposition team’s midfield and defence at Liverpool.

When Sport Bild asked him about the similarities between Borussia Dortmund and Liverpool, Emre Can replied “When I came to Dortmund in winter, I compared a lot of things here with Liverpool. The clubs are really similar, have a familiar environment and unique fans. And: Both love Jurgen Klopp!”

Can should be fit for the game against Wolfsburg on Saturday, and he will be itching to help Borussia Dortmund lift the Bundesliga title at the end of the season.

Only time will tell if Can replicates his individual success at Liverpool in Borussia Dortmund, and his partnership with Axel Witsel in midfield could see him prosper.