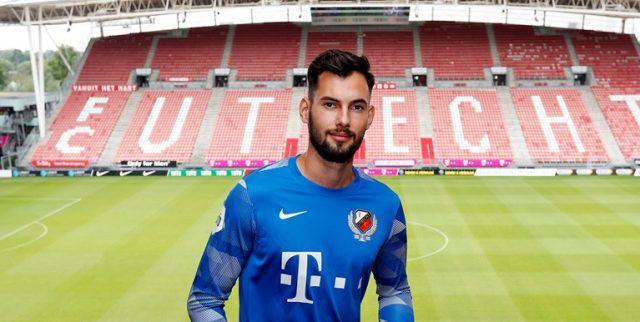 After his contract at Borussia Dortmund expired, Eric Oelschlägel became a free agent. The goalkeeper sealed a free transfer to FC Utrecht on deadline day of the transfer window. He was Dortmund’s third-choice keeper, behind Roman Bürki and Marwin Hitz.

He played for the Borussia Dortmund U-23 team 43 teams, keeping 16 clean sheets. It is this experience that made FC Utrecht move for the 25-year-old. The club’s technical director, Jordy Zuidam said, “That search brought us to Eric, an athletic goalkeeper with good reflexes. At Borussia Dortmund, he was part of the ‘A ‘selection and thus part of a team at the top European level. He brings these experiences with him to Utrecht. We see in Eric a good addition to the current goalkeeping group.”

Oelschlägel has signed a one-year contract with the Dutch side. Upon signing his contract, he recognised the reputation of his new club. He said, “FC Utrecht is also a big name in Germany.”

Oelschlägel’s only appearance for Dortmund’s senior side came in a 3-3 (4-2 on penalties) defeat in the third round of the DFB-Pokal Cup in 2019.