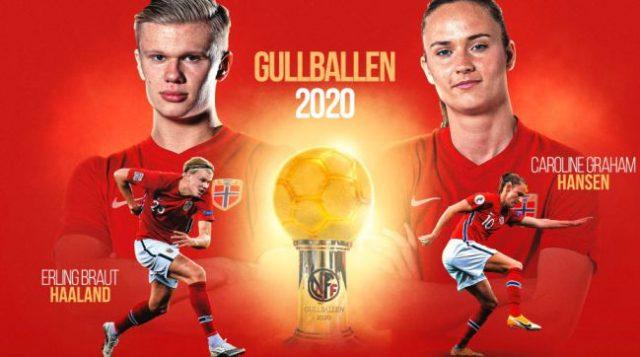 The 20-year-old pipped ens Petter Hauge and Alexander Sørloth to win the award. The jury who decide the award is a mix of representatives from the Norwegian Football Association and media outlets in Norway.

The Borussia Dortmund striker had an incredible 2020, and couldn’t stop finding the back of the net. His impressive goal-scoring form from this year also won him the Golden Boy Award for 2020.

Upon receiving the award, Haaland said, “It is big and something I value very highly. I’m very proud and it shows that I’m doing something right. I’m smiling now, says Haaland.”

In 2020, Haaland scored 33 goals in just 32 appearances for Dortmund, meaning he averages more than 1 goal per game for the Bundesliga outfit.

Haaland is currently out injured owing to a torn muscle fibre but is expected to be back in 2021. He travelled to Qatar to work on rehabilitation for his injury and declared that he has recovered from the injury.

The club hopes that he is back in time for the game against Wolfsburg on the 3rd of December, which is right after the Christmas break.