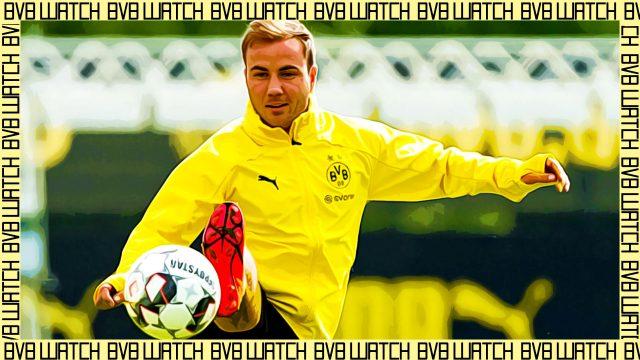 Mario Götze has officially left Borussia Dortmund for the second time, the club where he broke through the ranks and made a name for himself. Götze joined the Borussia Dortmund Youth team at the age of 9 and played for the club until the commencement of the 2013/14 season when he moved to Bayern Munich. After 3 average individual seasons at Munich, Götze returned to Dortmund in search for game time and a deeper connection with his football club.

His first season back at Dortmund was completely ruined by injuries, as he made only 11 appearances in the Bundesliga season, scoring a meagre 1 goal and contributing just 1 assist. Even after he recovered from his injuries, his 2017/18 season wasn’t any better, falling out of favour in the eyes of Peter Stoger. After a game in the Europa League game that season, Stoger said “We took issue with Mario, because he didn’t do any of the things he was told to do.” This was the first indication of Götze’s severe decline in productivity and motivation to play.

Some Dortmund fans believed that all he needed was a change in manager to guide him in the right direction. They believed that under the right tutelage, Götze would eventually fulfill his potential. Their wishes were answered when BVB appointed Lucien Favre as the new Head Coach prior to the start of the 2018/19 season. To an extent, these Dortmund fans were right, as Götze started to display his impeccable technique in various stages of the season. He also looked more comfortable playing behind Paco Alcacer in a 4-2-3-1 system. The 2018/19 season saw his highest goal and assists (7 each) output since the 2013/14 season with Bayern Munich.

Just as he seemed to get accustomed to his second spell at the club, a change in tactics, new signings, and Marco Reus’s return from injury, saw Götze fall down the pecking order. Lucien Favre adopted his style to a 3-4-3, practically leaving no place for Götze in the starting eleven. The World Cup winner can play either as a supporting striker or as an attacking midfielder but does not have the pace required to be a winger, the physicality to lead the line as a lone striker, or the high energy levels required from a box-to-box midfielder. Further, the signings of Julian Brandt and Thorgan Hazard made it even harder for him to get a start. To pile on to Götze’s misery, the side’s captain, Marco Reus, was fit and firing in the 2019/20 campaign. As a result of the above-mentioned factors, Götze started only 5 times for the club and made 10 substitute appearances.

In conclusion, Götze’s second stint at the club didn’t go as planned. Yet he will forever be adored by the black and yellow army. We hope he can find a suitable club for himself, a place where the team will be built around him because that’s what he deserves.