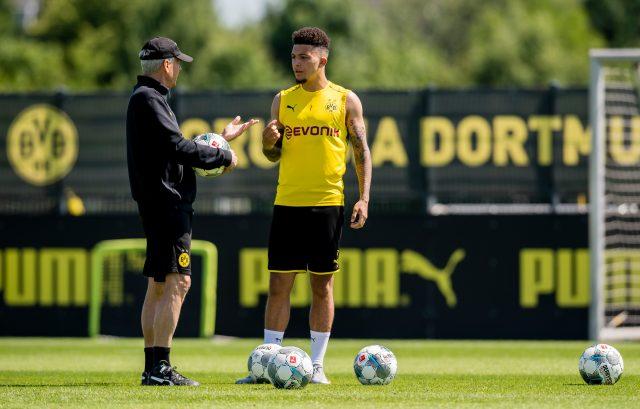 In his press conference for a preview for the UEFA Champions League clash against Zenit St. Petersburg, Lucien Favre admitted that Jadon Sancho’s poor run of form could be because of the transfer talk in the summer.

Sancho was constantly linked to Manchester United in the summer transfer window, with multiple reliable sources saying that personal terms had been agreed upon by Sancho and United.

However, the deal did not materialise as the English club could not match BVB’s asking price of €120m.

Favre, in the press conference, said, “Every player has slow periods. There was a lot of talk during the summer; something like that can be a factor.”

The Swiss manager could be right, as Sancho has looked a shadow of his 2019/20 self. Sancho hasn’t scored in his 4 Bundesliga appearances this season. Further, his performance in last week’s UCL defeat to Lazio, the Englishman, was far from his best.

Favre believes that this is a minor hurdle and that “No player is consistently in top form for an entire year, that’s impossible. You have to accept that.“