Borussia Dortmund return to the Bundesliga this weekend with an away clash against Fortuna Dusseldorf as they look forward to secure the second position in the league and probably continue their hopes in the title race.

Uwe Rosler is turning things around for Dusseldorf since his appointment in late January.

Since the resumption of the Bundesliga, Rosler’s side have lost just once against top placed Bayern Munich and have drawn three times with Paderborn, Koln and Hoffenheim, as well a win over Schalke 04.

The Black and Yellows on the other hand have been in good form despite a narrow defeat against Bayern as well, almost ending their hopes in the title race.

Lucien Favre’s side bounced back after that loss with back-to-back triumph over both Paderborn and Hertha Berlin. Prior to the defeat to the league leaders, BVB cruised to victory over Schalke 04 and Wolfsburg.

However, Rosler’s Dusseldorf have had a poor record facing top four oppositions and would not match Dortmund’s form, but will surely put up a good fight with their strong defence against Dortmund.

Dusseldorf will still be without goalkeeper Zack Steffen, the Manchester City loanee and Oliver Fink due to injury. A boost for Rosler as Marcel Sobottka returns after recovering from injury and will likely make the starting lineup.

Erling Haaland is back in training with Dortmund after also recovering from his short injury, and is likely to feature against Dusseldorf.aptain Marco Reus also returned after a long injury but is unlikely to make an appearance as Favre may not want to risk him. 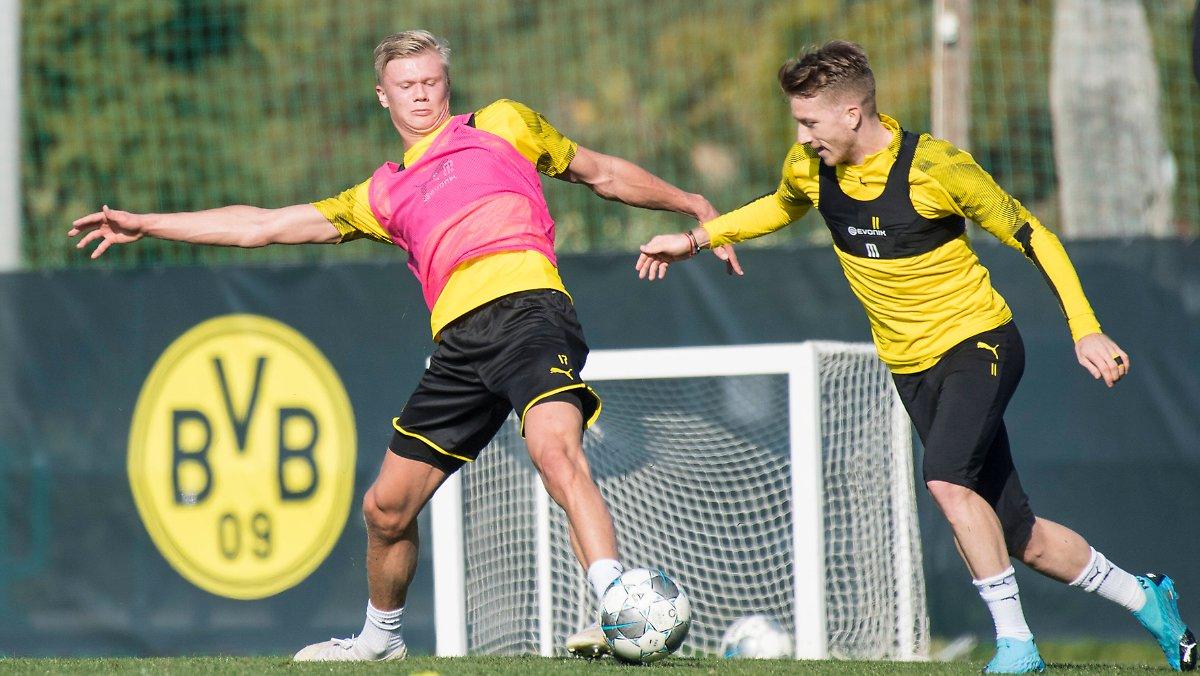 Mats Hummels should return to Dortmund’s lineup after suspension, to allow Emre Can move to the midfield role. Axel Witsel is also fully fit and with Thomas Delanney being the new midfield rock since his absence, Favre would have to make a tough call between the two to partner Can. Mahoud Dahoud is still sidelined due to injury.