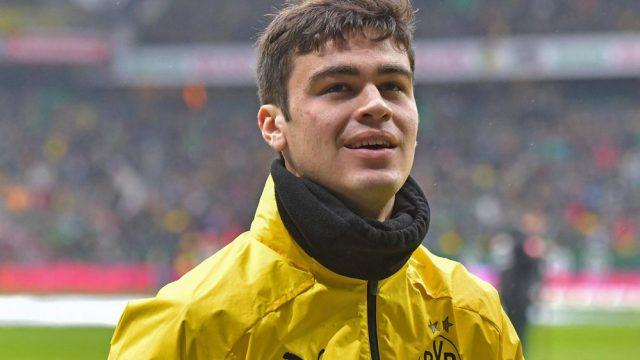 According to Kicker, Borussia Dortmund have extended Giovanni Reyna’s contract to the summer 2023.

The teenager was set to stay at the Signal Iduna park till 2021 but the club now have a deal in place to extend his stay longer per reports in Germany.

The 17-year-old burst onto the scene for the first team this season under Lucien Favre and has played a part since then, making 11 appearances for the “Black and Yellow” side.

For his time in the first team, Reyna has scored a goal and assisted added but it is his impressive performances that has gone on to convince the bosses at Dortmund to extend his deal.

With FIFA regulations prohibiting clubs to not offer contracts longer than three years to players under age 18, the club have have decided to put the new offer the table for the Unitsd State international.

Getting Gio Reyma to stay at the Signal Iduna Park should be a priority for Borussia Dortmund who are looking unlikely to keep hold of Jadon Sancho amid Premier League and La Liga interest.

Reyna was recently praised by teammate Erling Braut Haaland and tipped to have a “long career” six the decision to stay at the club could be a sign of bigger impacts to come.