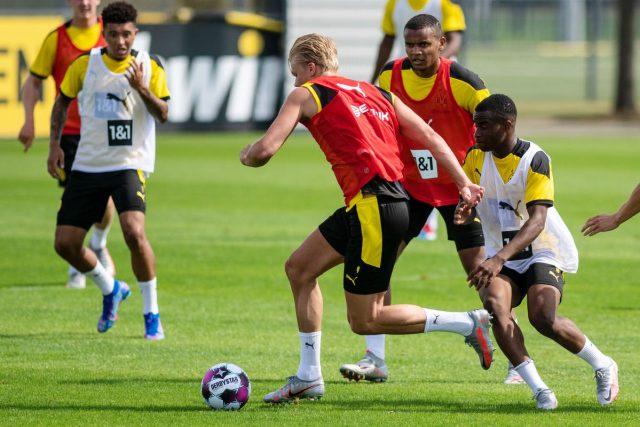 Erling Haaland is a superstar in world football, leading the Borussia Dortmund line. The Norwegian forward has recently praised one of Dortmund’s rising talents, Youssoufa Moukoko.

The modern-day “Samuel Eto’o”, Youssoufa Moukoko, is a part of the Borussia Dortmund squad that travelled to Bad Ragaz, in Switzerland for the pre-season training camp. This is his first interaction with the first team, and it appears that he has already impressed his teammates.

Erling Haaland has taken a key interest in his protege’s time with the first team so far. He said while struggling to contain his excitement, “He’s already training in Dortmund at this age – I was still in my hometown Bryne when I was 15. I haven’t seen such a good 15-year-old in my life.” This is massive praise coming from one of the best strikers in European football right now.

Moukoko is 5 years younger to the 20-year-old Haaland, and if he shows the same commitment and dedication as the Norwegian, he will make it in the big stage too. During his time with BVB’s academy side, Moukoko has scored 150 goals since joining them in 2016. Last season saw him net 34 times in 20 games for the Under-19 side.