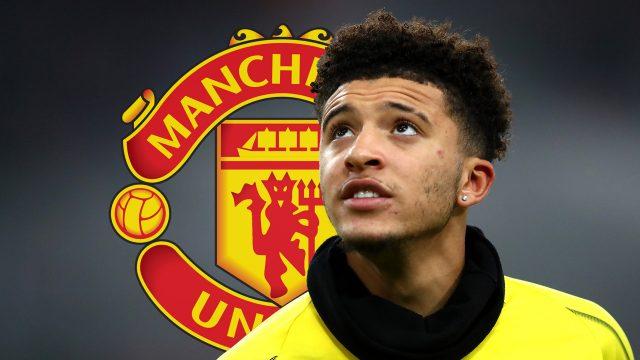 Borussia Dortmund are set to part ways with England international Jadon Sancho in the summer transfer window following their agreement with Manchester United.

The 21-year-old will return to the Premier League having left four years ago to continue his development at Dortmund.

Sancho, who was identified as the marquee signing for Ole Gunnar Solskjaer will now have the opportunity to play for the red side of Manchester having previously represented Manchester City.

The deal is reported worth €95 million with add ons included, which City will also receive a portion of the transfer fee for their role in developing the player.

Speaking in an interview, the Chief Executive Officer of Dortmund, Hans-Joachim Watzke said: “There’s an agreement with Manchester United for Sancho. It was Jadon’s express wish to change, we would have liked to keep him. We are not happy about the money but sad that he’s leaving.”

Sancho is expected to put pen to paper on a five-year contract at Old Trafford with the option of another year. The Englishman is also reportedly interested in wearing United’s iconic number 7 shirt which Edinson Cavani dons for the club.