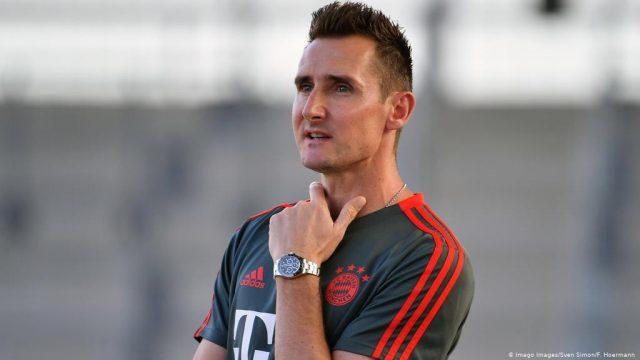 There is no doubt in anyone’s mind that Erling Haaland took the footballing world by storm with his impressive debut season for Borussia Dortmund in 2019/20. Since his arrival in January 2020, the Norwegian striker has scored 18 goals in his 21 appearances for BVB.

In spite of Haaland’s impressive start at Borussia Dortmund, German legend, Miroslav Klose still doesn’t believe that he is the perfect package yet. This is understandable though, as Haaland is still only 20-years-old and has a long way to go in his career.

Klose is considered one of the best strikers in the past 20 years, with 259 club goals for the likes of Bayern Munich, Lazio, and Werder Bremen.

In an interview with Kicker, Klose spoke of Haaland’s development so far and how he can take it further. He said, “Haaland is a good striker with a strong mentality. Attitude, will, force – really great.” He also said that Haaland should centre his game in a similar manner in which Robert Lewandowski has done for his career.

Klose said, “At the moment, Haaland is geared towards getting the ball down and then going at its own pace. After two or three years, however, the opponents have analysed you, and then you have to change and adapt.”

Klose believes that Lewandowski has mastered the art of being a “combination player” and is “a complete striker and a versatile combination player.” If Haaland can continue his goal-scoring form as well as refine the tactical aspect of his game, he will be remembered as a legend of the game with the likes of Klose and Lewandowski.