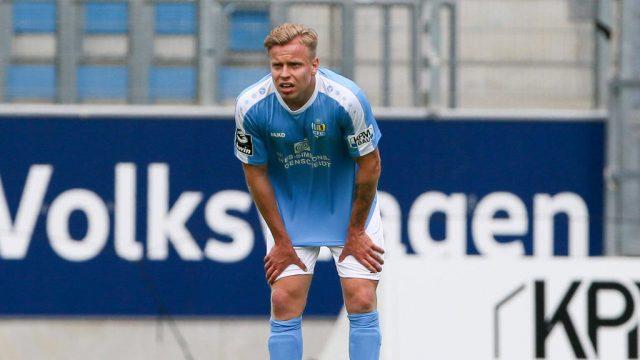 Lennard Maloney, a product of the Union Berlin academy, has been training with the Borussia Dortmund II side. According to Kicker, despite his contract with Union Berlin, Maloney has chosen to train with the Regionalliga West side.

The German-American spent the latter half of the 2019-20 season at Chemnitzer FC, in the 3. Liga, which is the third tier of German football. He had an unsuccessful spell at the club as they were relegated to the fourth tier of German football. Maloney is now looking for some game-time in a better club. Hence the trial under Dortmund’s second team.

He has been training with the side for 4 days now, and if the club is impressed with what they see, they are likely to sign him from Union Berlin. Although there is no knowledge of an obligation to purchase, it would not make sense for the club to give him a trial without an intention to sign him.

Maloney is a central defender who tries to model his play in the style of Wolfsburg’s “John Brooks”, who is a ball-playing centre back. If his trial does go well, Maloney could be seen as a replacement for Leonardo Balerdi who has gone on loan to Olympique Marseille for the 2020/21 season.