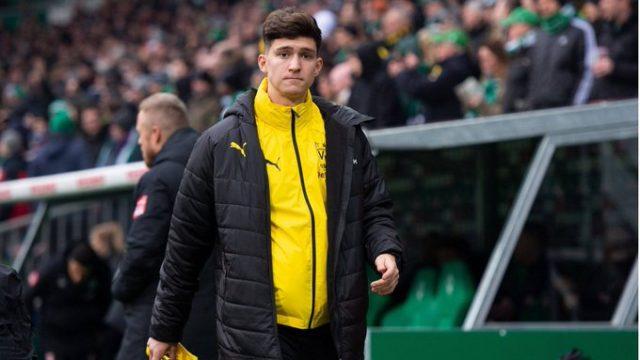 21-year-old Argentinian midfielder, Leonardo Balerdi will make his first start for Borussia Dortmund against Hoffenheim at the Signal Iduna Park. Dortmund have already secured second place in this season’s table, so Lucien Favre is willing to give the youngster a chance.

Balerdi could slot in at central midfield ahead of Emre Can, who started at as a central defender in the last game against RB Leipzig. However, there is still a huge possibility that Balerdi is made to adopt the left central defender’s role as Favre prefers a situation where he has 3 men at the back.

In Balerdi’s first substitute appearance for Borussia Dortmund, he slotted in as a central defender against Fortuna Dusseldorf. Balerdi’s strongest assets are his technical ability and his quick feet, as he can manoeuvre out of the trickiest situations. It is ball-retention and composure under pressure which saw him attract attention from some of the biggest clubs around Europe, including Juventus and Borussia Dortmund.

Balerdi will hope to impress today in order to attain a more stable position in Borussia Dortmund’s first team. Manuel Akanji has been linked with a move away for a while now, and a couple of clumsy performances during the season may see him in a different club next season. Balerdi should rise up to the occasion so he can take over from Akanji next season.