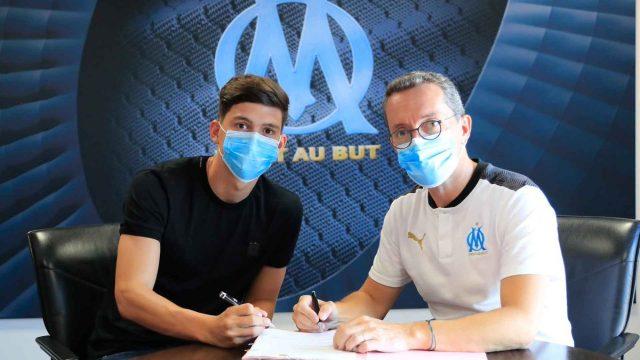 Leonardo Balerdi’s loan move to Olympique Marseille has been confirmed. The Argentinian will play the entire 2020/21 campaign for the French side. What surprises us is though is the inclusion of an option to purchase Balerdi after the loan period is completed.

The option to purchase can be exercised by Marseille, for a fee rumoured to be around 14 million Euros. Initially, Michael Zorc, Dortmund’s Managing Director, was not keen on the inclusion of an option to purchase.

Zorc, after the loan was confirmed, said, “Leonardo Balerdi came to us with the change request. He hopes for more game practice in Marseille. We thank him for his commitment and wish him the greatest possible success for his future.”

Balerdi has made only 8 appearances for BVB, starting only once in the Bundesliga 2019/20 season. His only start was in a shocking 4-0 defeat against Hoffenheim, in the club’s last game for the season. He is clearly way below the pecking order of centre-backs at the club.

Balerdi signed for Dortmund from Boca Juniors for just over 15 million Euros in January 2019. He would ideally have liked to have a couple more games under his belt in the black and yellow jersey. This is possibly one of the fundamental reasons why Balerdi would be open to a different team, even if it is in a different league. Hence his request to shift teams is completely understandable. We hope that he can have a successful season in Ligue 1 and come back to Dortmund as a more polished player.