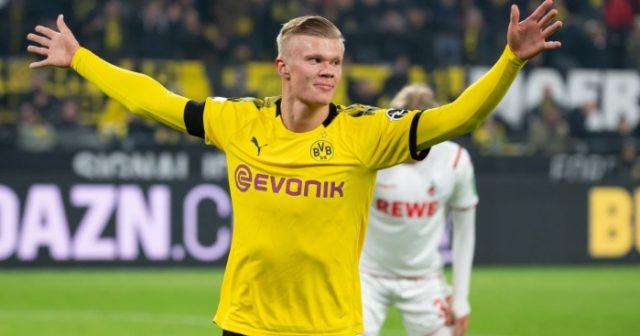 The world’s first FIFA World Player of the year, Lothar Matthäus, believes that Borussia Dortmund’s star striker, Erling Haaland, will not stay at the club for more than 2-3 years.

Haaland is only 20-years-old and is already one of the hottest prospects in world football. The Norwegian joined BVB in January 2020, however, this hasn’t stopped the rumours linking him to other European giants.

Matthäus believes that Bayern Munich is not a realistic option for Haaland. He said, “I’m not thinking of FC Bayern because Robert Lewandowski will be playing in the next two or three years. And Haaland won’t stay in Dortmund that long.”

RB Salzburg’s Sports Director, Christoph Freund, believes that Haaland’s decision to join Dortmund was a good first step, but will not be his last transfer. He said, “It was the right step to go to Dortmund, but not the last. Dortmund is one of the top 10 teams in Europe, but there are five or six better teams – and there Haaland will hit one day.”

Haaland is currently focused on winning the Bundesliga with Dortmund, and that is all that matters for the time being. Dortmund will have him for the whole of the current season, and whether he moves before the start of next season remains to be seen.