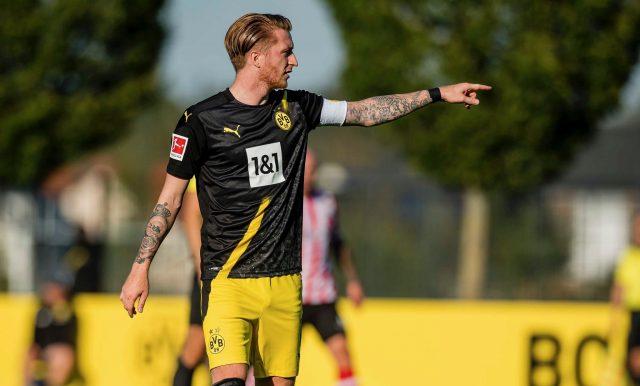 Lucien Favre said that he was happy to see Marco Reus back in action for BVB. Reus made his comeback after over 6 months out owing to an abductor muscular injury, followed by a tendonitis worry that arose.

All of us BVB fans are so grateful to have seen him back in action in the 2-1 win over Sparta Rotterdam. It was great to even see him back on the scoresheet.

Favre said, “I liked Marco a lot. He played for a long time, scored the goal and had a lot of lively actions. He also held against it in the duels. We are very satisfied that he is back.”

Although Reus is not back to full match fitness, he still managed to play 70 minutes against Rotterdam. As he continues to be eased into matches, Reus will soon be back to his sharpest. Having Marco back to his best will be crucial to our success this season, and I genuinely can’t wait to see him play every single matchday.