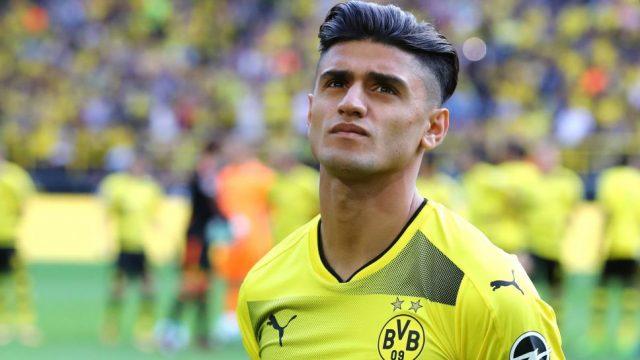 Borussia Dortmund have just sealed another deal for a central midfielder after they signed Jude Bellingham for around 25 million Euros. Lucien Favre will be spoilt for choice when making a selection in central midfield for next season. The plethora of options for the Swiss Manager includes Emre Can, Axel Witsel, Thomas Delaney, Julian Brandt, Mahmoud Dahoud, and now Jude Bellingham.

Out of the first 5 options, Dahoud has played the least amount of football in the 2019/20 Bundesliga season, making only 12 appearances. Although he has shown glimpses of skill and flair on the ball, he hasn’t mustered up enough consistency on the field.

When both Emre Can and Axel Witsel were injured in the month of May, Favre was forced to play Dahoud. In that time period, the Syrian-born central midfielder made 3 impressive starts, but was ultimately ruled out for the remainder of the season after picking up a knee injury.

Earlier this year, in April, Dahoud’s agent, Reza Fazeli, clearly stated that Mahmoud did not want a move away from Dortmund. Fazeli said, “Mo does not want to change. He wants to stay with Dortmund and work his way through. Currently, there are no plans to leave the BVB.”

Kicker has reported that Borussia Dortmund’s Managing Director, Michael Zorc, has kept mum about a possible exit for Dahoud, as he does not want to categorically place him on the transfer list.

For now, let’s just hope that Dahoud can get to full fitness, as the new season edges closer. The coming campaign could be a make-or-break season for him, after 2 disappointing seasons.