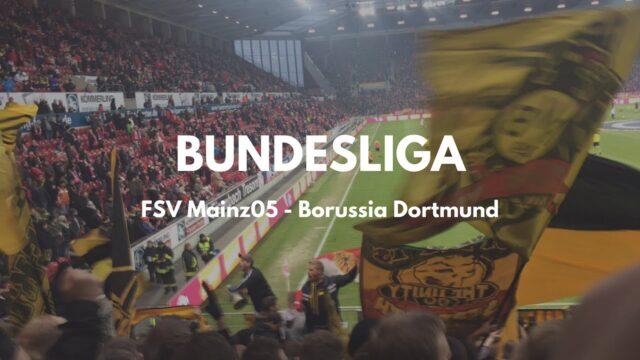 Borussia Dortmund will all but confirm their place in the 2021/22 UEFA Champions League competition should they manage all three points against Mainz 05 on Sunday.

The Black and Yellow lads looked certain to miss out on the tournament next season but a series of good performances coupled with Eintracht Frankfurt’s dip in form means that Edin Terzic’s side finishes in the top four.

Dortmund also secured their only silverware of the 2020/21 campaign after a convincing 4-1 victory over RB Leipzig in the DFB Pokal final in Berlin.

Mainz could move to the 12th position with a win over Dortmund having seen Augsburg drop points on Saturday.

BVB failed to win against Mainz in the reverse fixture of this game back in January, with Thomas Meunier scoring to cancel out Levin Oztunali’s strike. Marco Reus also missed a penalty during that 1-1 encounter.

However, Sunday is another opportunity for both teams to fight for bragging rights at the Opel Arena.

Bo Svensson, coach of the home team has no injury concerns ahead of the game against Dortmund. He has all of his arsenals available and could do harm to the away side.

For Terzic, Marwin Hitz has become the latest to join the injury list at the club after coming off during the game against Leipzig. He joins Mateu Morey, Axel Witsel, Dan-Axel Zagadou, Marcel Schmelzer and Youssoufa Moukoko who are all on the sidelines.