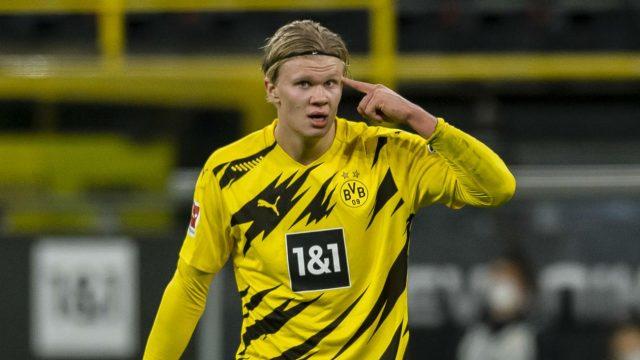 Manchester City are said to be considering a move for the player before his release clause becomes active in the summer of 2022.

Haaland will be available on the market for £68million in the summer of 2022 as per a clause that was added to his contract when he joined the Bundesliga side.

The 20-year-old is being monitored by Chelsea as well as both Manchester clubs, but it is Pep Guardiola’s team who are working towards acquiring the service of the player earlier to fend off competition from other clubs.

City sees the Norway international as a long-term replacement for striker Sergio Aguero, whose contract at the Etihad Stadium is set to expire at the end of the 2020/21 season.

The Argentina international has been heavily linked with a return to his native country at the end of his contract and the club are already preparing for life without him.

Gabriel Jesus has not made the kind of improvement Guardiola was expecting which is the rationale for the Premier League side’s pursuit of Haaland.

Erling Haaland continued his prolific goalscoring form at Dortmund, scoring 38 goals in 39 appearances ever since he joined the Bundesliga giants last January from RB Salzburg.