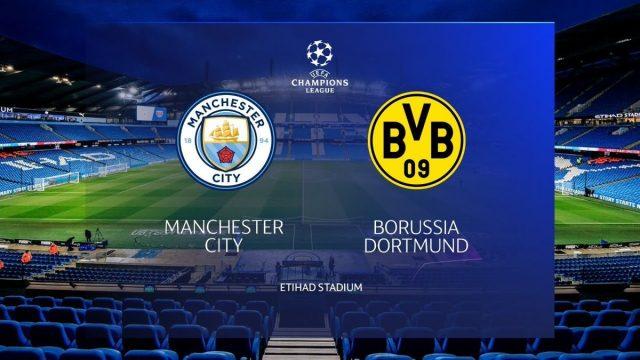 Borussia Dortmund’s season could be defined from here when they face Manchester City in the UEFA Champions League on Tuesday night.

Dortmund suffered their 10th league defeat over the weekend in the game against Eintracht Frankfurt and will be hoping to bounce back to winning ways when they play Pep Guardiola’s side.

With nine wins in their last 10 games across all competitions, City are really a force to reckon with and come into this game as the clear favourite.

They beat Leicester City in their last game in midweek and are looking forward to booking yet another victory in midweek against the Germans.

Looking at previous performances involving these two, Dortmund has the better record, winning three of the five games they have played while the Premier League side has seen just one win.

However, the sudden rise of City in Europe has given them the proper attention while Dortmund have only had to base their game on their past successes in the competition.

Edin Terzic may be under pressure considering the fact that his side are not getting any better and they keep losing the grip in their fight to secure a top-four place in the Bundesliga.

Guardiola will go into this game with all but Philippe Sandler of his players available for selection. The Spanish coach rested John Stones and Joao Cancelo over the weekend against Leicester but the two are likely to be restored to the starting line-up.

For the Black and Yellow lads, Dan-Axel Zagadou, Marcel Schmelzer, Axel Witsel and Youssoufa Moukoko are completely ruled out of the game while Jadon Sancho is a huge doubt having yet to recover fully from his injury.