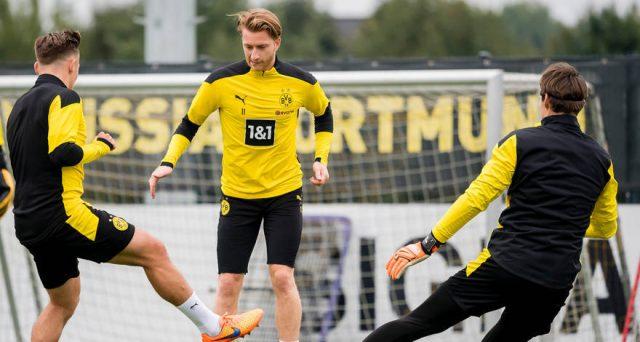 BVB will be without 15 International players but will have a large portion of the squad for their final pre-season game. The biggest boost Dortmund will receive is that Reus will finally be able to step on to the pitch.

He said, “He has been training very well over the past two or three weeks. Having had a difficult time in the summer, he is making a positive impression at the moment. He will play in the friendly against Rotterdam on Monday. Of course, we are delighted because our captain has been out for a long time. He is happy to be back on the pitch with the team. He can do it all, but will still have play catch-up for a few more training sessions. That’s normal after such a long time.”

This will be Marco’s first game in over 6 months after the muscular injury he suffered in February. He will require time to get used to 90 minutes of football, however, he should eventually achieve match fitness.

Dortmund’s first competitive game comes against MSV Duisburg in the first round of the DFB-Pokal cup on the 14th of September.