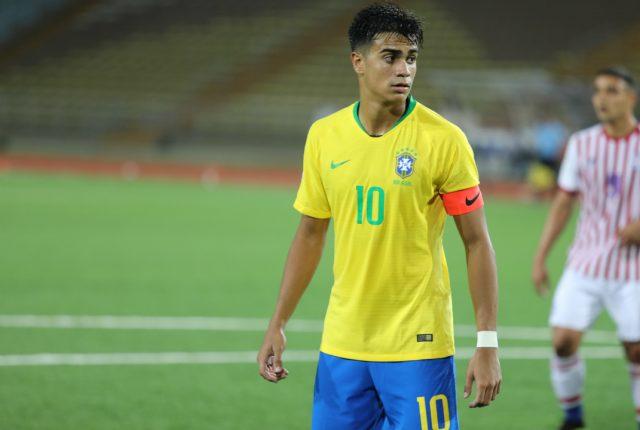 Real Madrid’s Reinier Jesus has been heavily linked to Borussia Dortmund over the past couple of weeks. Dortmund’s manager, Lucien Favre, confirmed the club’s interest in the young Brazilian. There are plenty of reliable media sources which have reported on the prospective move.

The first reputable media outlet to report on the rumour was Goal. Their journalist, Bruno Andrade, reported that Jesus had already agreed on personal terms with Dortmund. According to Andrade, Real Madrid wish to loan him out to Borussia Dortmund as they believe German football will help Jesus develop into a more refined player.

The Spanish giants would like to follow a similar model as they did for Achraf Hakimi, who grew by leaps and bounds during his spell at BVB. Jesus is an attacking midfielder and is seen as the replacement for Mario Gotze. Dortmund are known to develop youngsters who are not given sufficient game-time in their clubs.

Zinedine Zidane, Real Madrid’s manager, has been quoted saying that the 18-year-old is one for the future. He said, “I see him well. He is a player with a future, he is still very young and has just arrived. He has quality.”

Most recently, Lucien Favre confirmed the club’s interest in the £30M valued Jesus. He said, “This is another very young player on loan from Real Madrid. We want to borrow him. But it’s not done yet. It’s in the pipeline. He’s a nine-and-a-half, and can also play as a false striker and on the wing. From what I’ve seen, he’s very good on offence, and a very, very good finisher.”