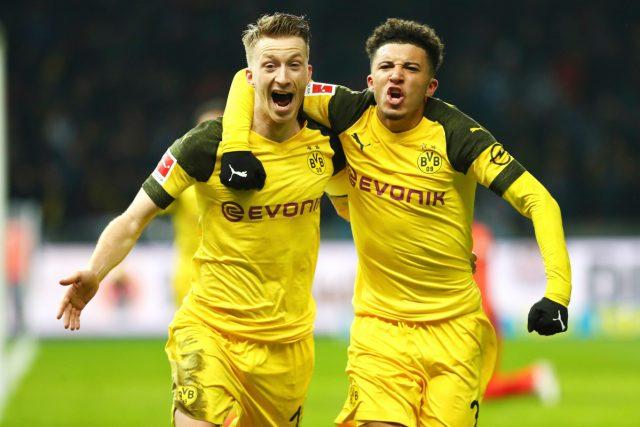 Manchester United’s dreams to sign Jadon Sancho have been crushed by Borussia Dortmund’s captain, Marco Reus. In an interview with Sky Germany, Reus confirmed that Sancho will stay at the club for a year at the least.

Reus said that the team was delighted to have him for at least one more year. He said, “For us players that was great news. We all were happy that he will be with us for one more year because he delivers assists and goals, so we get points.”

Reus even spoke of Sancho’s potential to reach the levels of Leo Messi and Cristiano Ronaldo. He said, “If he gets as big as (Lionel) Messi or Ronaldo, we will see. He needs time, experience and it will be important how he manages the times when things don’t go so well. But he has the confidence and the quality.”

Sky Germany have also added that Borussia Dortmund recently rejected a bid from Manchester United for Jadon Sancho. The bid was believed to be €100m with €80m straight up and €20m in add-ons. This is a clear stance of Dortmund’s stance on the player, that he will not leave this transfer window.