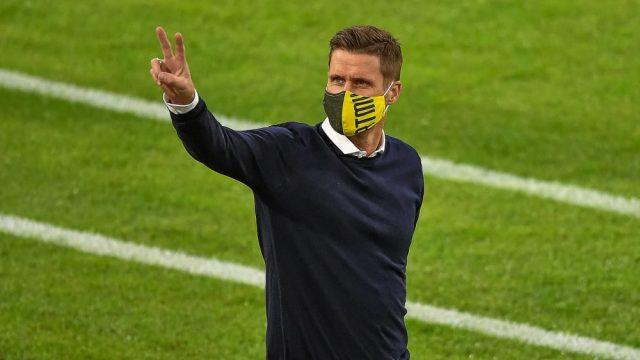 Sebastian Kehl, Borussia Dortmund’s head of licensed players department has pre-maturely extended his contract. The deal has been extended up to the end of the 2021/22 season.

Kehl’s journey with the club dates back to 2002 when he won his first Bundesliga title with the club. The retired player had an illustrious career at Dortmund, winning 6 major honours in his 13-year period at the club.

Upon signing the contract extension, Kehl said, “I would like to say thank you for the trust that the club has shown in me. This is an important, positive signal for me. I am glad that our joint strategic and sporting path up until 2022 is now ‘set’. Despite the difficult conditions in the midst of the pandemic, I still enjoy working every day to make Borussia Dortmund a success.”

Watzke said, “We’re very satisfied with Sebastian and will now be involving him even more closely in all sporting decision-making processes.”

Zorc said, “We’ve worked together in a spirit of trust from day one. We value his work. For me, the contract extension is therefore a logical step.”

It is expected that Kehl will take over from Zorc as the Sporting Director in 2022 when Zorc’s contract expires.